Events In The West: On February 10-11 the Westwood Kehilla hosts Sara Rigler, author of Holy Woman: The Road to Greatness of Rebbetzin Chaya Sara Kramer and Lights From Jerusalem, as its scholar-in-residence… On February 11 David Siegel, consul general of Israel in Los Angeles, will speak at B’nai David-Judea in the Pico-Robertson area of L.A… On February 15, Rabbi Manis Friedman will speak on marriage at the Chabad of the Valley Men’s Institute… And on February 19-20 San Francisco offers its Limud Bay program. This year’s program includes Rabbi Joshua Strulowitz of Adas Israel, who will participate in a panel discussion.

Traffic Tickets Increase: The cost of traffic tickets is on the rise. If you drive 1-15 mph over the speed limit, the fine will now be $241; 16-25 mph above the speed limit will cost you $328. It’ll be a $616 penalty for passing a school bus with flashing lights. Also, make sure your teen children know that texting and using cell phones can cost them their lives. If they survive, tickets will cost them $148 for texting and $256 for cell phone use.


White House Halacha: A Los Angeles Times article about President Obama’a new chief of staff, Jacob Lew, said that even though he is an observant Jew, he is available if needed by the president. People wondered what that meant. It seems that when Bill Clinton was president, he called Lew, a top adviser, on Shabbos. Lew heard Clinton say over his answering machine, “God will forgive you if you talk to me; I’m the president.” This prompted Lew to ask his rabbi what he should do in this situation. The rabbi answered that since the president’s call might be a matter of life and death, he can take the call.

Kosher News: Kikkoman Sriracha Hot Chili Sauce is now under the OU… Multigrain Cheerios Peanut Butter is certified as kosher by the OU, but the OU symbol was left off by mistake.

Women Only: On February 5 Aish HaTorah LA hosts Rabbi Yaakov Solomon, co-author of the film “Inspired.” The topic of his 11 a.m. speech at Morry’s Fireplace will be “Chesed: It’s The Little Things That Count.”

Congratulations: The Los Angeles Museum of the Holocaust is celebrating its 50th anniversary. Kudos to longtime L.A. resident Marcia Josephy, who was a museum curator during the early years, and also served as co-curator of the permanent exhibition in the museum’s new home in Pan Pacific Park. 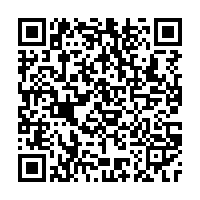