The other day I saw my child using a facial expression that I use and that I know is pretty annoying. My husband noticed it as well. It was a non-verbal thing that I do sometimes when I get upset. She is a young child and I felt terrible that she had seen it often enough to copy it. It made me realize that I have to stop doing it and that there may be other negative behaviors she is mimicking.

Can you address the topic of mirroring parental behavior in your column?

We often tell our children to do as we say and not as we do. Yet, the opposite is usually what happens.

I remember an incident in which our youngest son was joking around and sounded exactly like my husband. I turned to him and said, “You know you sound like Daddy.” He gleefully replied, “I know. Don’t I sound funny?”

I was amazed that at a young age he had adopted clear behavior patterns from his father. Likewise, I often see children in my private practice imitating their parent’s ways of dealing with anger, frustration and stress. Clearly it is not only what we say to our children that impacts their life, it is how we ourselves behave that has a profound effect on them.

The following example shows the existence of mirror-imaging during early childhood through adolescence and how it influences a child’s marital relationship. Children are often influenced in both positive and negative ways by emulating interactions between their parents and observing their parents’ reactions to them and other siblings.

Debby is a problem child. She often lies to her teachers and sometimes cheats on tests. After seeing the school guidance counselor for several sessions, Debby demonstrates little improvement. Debby is referred to therapy and her family is engaged in therapy as well. What becomes obvious in treatment is that Debby is very much like her own mother. Debby’s mother lies about innocuous things. For example, Debby reports that when someone calls her mother and she cannot speak to them at that time she tells Debby, “Tell the person that I am not home.” Clearly she is teaching Debby to lie.

In therapy it is discussed that it is better to instruct Debby to tell the person on the phone that she is not available at the time. This is an acceptable answer and does not inadvertently teach Debby to lie. Parents must be honest in order to teach children the value of honesty.

Debbie’s mother would also go into stores and purposely misstate the date of purchase of an item she wanted to return – something Debby had seen her do many times. Other related incidents indicated that the mother had an easy time inaccurately recalling events in Debby’s presence.

Debby was eventually helped through a combination of individual and family therapy. As the mother became more honest in front of Debby and with her, Debby became more trustworthy. In therapy, Debby learned to understand the causes of her lying. In addition to the mirror-imaging, Debby was also overly intimidated by her parents, which made her rebellious and caused her to subconsciously try to hurt them by acting out in school.

Thank you for giving me an opportunity to discuss this very important issue. I have more to say about mirroring in parenting and how it can influence your child’s future and marriage and will continue discussing this topic next week. Hatzlocha! 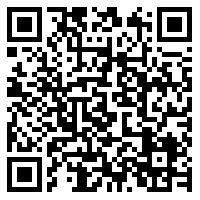