Israel’s State Prosecutor’s office issued request to the Jerusalem Magistrate’s Court on behalf of Police Chief Roni Alsheich, that a permanent closure court order to be issued against a building on the Temple Mount near the Rachamim (Mercy) Gate, according to a report in Haaretz.


An anti-Terrorism law introduced last year in the Knesset, grants the Chief of Police the right to approach the Magistrate’s court and ask the judges to issue a court order to shut down building believed to be used for terrorism.

Alsheich used that law for the first time last year against that strucutre, based on classified information. At the time the Waqf protested and the building was not closed.

Last week the Prosecutors’s office said there are reasonable grounds to believe that the building will be used by Hamas.

The Jordanian government ordered the Waqf to not appear in court for the hearing, as part of their policy to not recognize the authority of the courts of the State of Israel over the Temple Mount.

The court issued a temporary injuntion to close the builing until further notice. 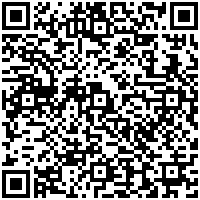