We were delighted by your article that discussed a couple who was dating and struggling with the issue of aliyah (9-22) and very much appreciated the reference to our show, “Soon by You.”


We are always so pleased to hear that fans relate to what goes on in our show. The conflict of only one member of a couple wanting to make aliyah has probably generated the largest number of “This is my life!” responses so far. People have shared all types of personal stories about the topic, ranging from “So there was no second date” to “We’ve been married twenty years and still discuss it.”

We chose aliyah as the point of conflict for that episode because it can be a serious, maybe even a “make or break” issue that isn’t simply a matter of miscommunication, or of one party being selfish. Often in shows, specifically sitcoms, big couple fights come down to someone messing up, or a gross misunderstanding that simply needs to be straightened out. It bugged us. We’ve tried to present our characters, at least the two involved here, as fairly bright and straightforward. Why wouldn’t they just talk and figure it out? When it came to aliyah, discussing it only served to reveal how far apart they were.

The tricky part, for the show as well as for real life, is how to move forward with the question of aliyah hanging over the relationship. It’s a tough one, and there is certainly no “one size fits all” answer.  As you mentioned, Dr. Respler, almost any resolution will involve some sort of compromise and/or sacrifice. We at “Soon By You” discussed at length what our next step would be, and chose to go with what seemed most honest to our characters. (You can see what we went with in episode 5, now on YouTube!)

For all of those real people who are dealing with this issue, we wish you great success in navigating it with your significant other. Our two cents: Keep an open mind. You may find that your long-held passion about where you live has unexpectedly taken a backseat to the newer passion about whom you live with.

Thanks!
Leah Gottfried
Creator/Producer “Soon By You”
www.soonbyyou.com

Thank you so much for taking the time to write this letter.

In that column. my answer did focus on the greater importance of “whom you live with” as opposed to “where you live,” so we obviously agree with your two cents! With the shidduch crisis growing in our community, couples need to rethink their dating attitude. If their personalities and values match, then where they live may be less important than how they treat each other.

Unfortunately, sometimes people refuse to date those who are not committed to making aliyah, something that can severely limit their choices. My readers know that I believe one of the greatest issues facing our singles today is the many boxes and prerequisites they and their families set up.

The venture did not succeed.  It seems many of the girls did not want to go out with chassidishe boys. While I understood their hesitancy, I think with a little flexibility on both sides it could have worked.

Recently, I met a newlywed couple – she is from a litvishe home and he is from a chassidishe one. I remember when she was younger, I suggested this idea to her and she nixed it.  Now, she is happily married.

How many times have we heard, “I won’t go out with this person because he is not educated. He may have a successful business, but never went to college.”  “Her family pushes their daughters to go to college, that’s not the type of family our son will feel comfortable in.”

I am from a generation that did not set superficial qualifications for the person we wanted to marry. If the person was attractive to us and we got along, we got married.

We also met on our own many times, or through friends.  In today’s world, even the litvishe singles have become dependent on their parents when it comes to making decisions about shidduchim. They no longer look to meet on their own, everything is through a shadchan. This puts people from less affluent homes or from homes with issues at a disadvantage.

I know the show “Soon by You” is modeling the Upper West Side, Modern Orthodox Machmir approach where people have Shabbos meals together and still get set up by friends, but I do believe there is much to learn from different segments of our community.

I like the idea that chassidishe families do lots of research and look to create situations in which their children marry young. However, as a therapist, I also see that their divorce rate is growing because meeting once or twice is not enough to pick up on any serious issues.

Years ago Rav Moshe Bick, a”h, had said that couples should meet at least six times before getting engaged.  Rav Yoel Teitelbaum, the Satmar Rebbe, disagreed with him. Rav Bick answered, “You are mesader kedushim, while I, unfortunately, am mesader gittin.”

From the Modern Orthodox world I think we see the value in creating situations where people can meet in a less contrived setting.  While this may not work for the chassidishe world, it is something the yeshiva world can easily implement.

So, dear Leah Gottfried, I hope that your efforts will bring about some changes in dating. Hatzlacha! 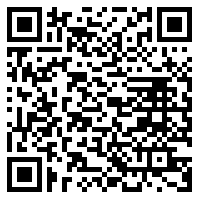