Clashes erupted Friday throughout the Judea and Samaria and in Khan Yunis in the Gaza Strip, between Arab rioters and security forces, with 22 injured, one seriously, Israeli media reported. The confrontations erupted at the end of the prayers of tens of thousands on the Temple Mount in Jerusalem. Police arrested rioters at the Damascus Gate of the Old City of Jerusalem.


Four Arabs were wounded by live ammunition in the Khan Yunis area, one of them seriously, according to a report by the Red Crescent. Earlier clashes between Arabs and security forces were reported in Khan Yunis, Jabaliya and Nahal Oz near the Gaza border.

Another Arab was wounded by live ammunition near al-Arroub, a refugee camp located in Judea along the Hebron-Jerusalem road.

In addition, the Red Crescent reported 21 wounded by rubber bullets in clashes throughout Judea and Samaria.

Israeli Arabs rallied in Jaljulia, Kafr Kanna, Umm al-Fahm, Qalansawe, Tamra, and Nahf. In Nazareth, a man was arrested on suspicion of throwing stones at the police station in the city.

According to the PA, in Bethlehem, Israeli forces suppressed a protest and used skunk water, teargas canisters and rubber bullets at the rioters, while in Hebron one youth was hit by a teargas canister in his leg sustaining light injuries. 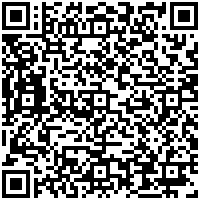