I read with interest your column about the show “Soon By You.” I enjoy the show very much; however, as a mother of a single young man who lives on the Upper West Side, I wanted to share some of my concerns. My son has a great social life; he lives in a cohesive young community. He always has where to eat both meals on Shabbos. Yet, I worry that with so much excitement and so many friendships he will forget to settle down. We are a Modern Orthodox machmir family – and I wish sometimes that we could have as much input as it seems chareidi parents have.

I understand your concerns and know that many Modern Orthodox parents with children living on the Upper West Side feel the same way. I will say that, from what I have seen, and as depicted in the series, the women in that community definitely feel a push to get married. Although living there has its perks, the girls feel a great deal of societal pressure to settle down with their bashert, hence the name of the show “Soon By You,” an English translation of “Im Yirtzeh Hashem.”

It may be that young men do not feel the same pressure or push, but I believe that this is a societal issue and not a one neighborhood one. As a community, we put a lot of pressure on young women and seem to let our young men hang around for longer. Additionally, because they may be having more fun, they may not feel the pressure on their own, though most frum boys will want to get married sooner than later – being frum and single is very hard.

I would advise that you keep a close eye on your son and try to take a non-threatening interest in his dating life. You can ask him how things are going or if there’s anyone special in his life, but make sure not to nudge him or make him feel bad about his single status. It’s understandable that you’re worried, but the excitement usually wears off pretty quickly. So, take a step back and just be as supportive as possible.

If in six months you still do not see any movement in the right direction, you can ask your son when it’s a good time to talk to him about something that’s important to you. When you sit down, tell him that you love him very much and you are worried about him because the single world is not so easy. Ask him what his plans are and go from there. If he genuinely seems to be searching for his bashert (which is likely), then tell him you’re here to help him in any way he wants. You can ask him if he’s comfortable with you keeping your eye open or speaking to other people about what he is looking for. If he’s not comfortable with you setting him up, remind him that you have a listening ear and are willing to be a sounding board for him.

On the other hand, if he seems to be on another track, you can talk to him about where he sees himself in a few years and how he plans to get there. Ultimately this will be his life and his decision to make, but you can always be his cheerleader and try to gently encourage him towards the right direction.

Hatzlocha in this difficult parsha and may Hashem give you the right words to say. 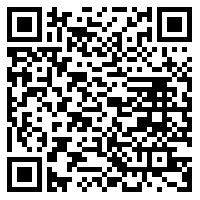