Talk about unexpected messengers. One Shabbos morning, 40-year-old Ken (Kalman) Kolman stepped into a synagogue in the town of Petaluma in northern California. The men in the synagogue were twice his age, and like him, not observant. They had all grown up frum and thrown off their observances years earlier in favor of “Secular Judaism.” They had tried to give their children a loose Jewish identity based mostly on Jewish foods and Yiddish culture. But upon seeing that their children and grandchildren had rejected even these minimal traditions, the men realized the faults of their ways. Therefore, when Ken arrived with a wife and two young children in tow, the old-timers resolved to make amends by teaching them the ropes of their religion.

Ken grew up in a suburb of Philadelphia in the 1950s. He gained a strong Jewish identity on the local streets, as he was frequently beaten up by local Italian Catholic boys who accused him of having killed the founder of their religion.


This was not the only the connection Ken had to Judaism. He attended Hebrew School and classes with the rabbi in his Conservative synagogue, but was disappointed by the latent hypocrisy of the movement. In college, he stayed away from anything even loosely connected to religion or belief in a Higher Body.

In 1978, Ken married Ellen (Esther). She was also from the Philadelphia area. She had grown up completely secular, her Jewish pride having been built on an appreciation for secular Jewish history and a connection to Israel.

Ken and Ellen were content with their secular life, but decided it was important to give their two children a semblance of a Jewish identity.

“We talked about it. We wanted to give our kids some level of Jewish background. We didn’t want them to just assimilate into the world.”

The Kolmans moved frequently, as Ken rose in the ranks of the shoe manufacturing industry. He eventually became a corporate executive and oversaw the design and manufacturing of shoe brands for major corporations. In each location they moved to, the family sought out local Conservative synagogues to provide Jewish experiences for their young children.

In the early 1990s, the Kolmans moved to Rohnert Park, California. There was a choice of two local synagogues, each 10 miles from their home in opposite directions. On their first Shabbos they drove to a synagogue in Santa Rosa. They walked in and found a well-established Conservative congregation, complete with an organ standing on the bimah. Ken did an immediate about-face.

“It was too much like a church for me.”

The next week, the Kolmans tried the other Conservative synagogue in the area, Congregation B’nai Israel in Petaluma. Once again, Ken walked in, and left just as fast.

“I walked in and saw women with tallises on. I said, ‘I’m never coming back here.’ Even with my loosely affiliated upbringing, it didn’t feel right. I knew there was something wrong with it. I didn’t grow up that way and it bothered me.”

However one of the older members named Henry Libicki called Ken during the week and invited him to try out the synagogue again. He saw the Kolmans as just the young, model family needed to bring new life into the synagogue.

Henry connected Ken with other old-timers. Most of them had emigrated from Russia and became chicken farmers. They had run away from the pogroms of Europe for the religious freedoms of America. Others had grown up in New York and had proper yeshiva educations. However, once arriving in California, they all threw off the religious traditions, and tried to create a life of secular Judaism based on “Jewish values” without Torah or G-d.

“They built the community there. Some of their children hung around, but all of their grandchildren disappeared. They were lost to Judaism. You can’t hand down secular Judaism, bagels-and-lox Judaism,” Ken said.

They realized their mistakes, and they even described them in a book written about the community, entitled Comrades and Chicken Ranchers. One man, who had become a Labor Zionist and atheist as a young man before becoming more traditional as he aged, poignantly described the experience they all shared:

“Our children lost interest in the Jewish community. Our grandchildren disappeared. There wasn’t anybody to keep up Jewish life at the [Jewish Community] Center.

“The history of the Petaluma Jewish community can teach us a lesson about secular Judaism. Secular Judaism, in my opinion, has little to transmit to the second generation and nothing for the third generation. There is no tradition, no custom, no law – just some feeling, some nostalgia.”

The Kolmans joined the synagogue shortly after two other families of similar age had arrived. Ken and the other men, Marc Nathanson and Raf Zimberoff, became close friends and travel companions on their journeys back to their roots. The older men of the synagogue adopted them, teaching them how to layn from the Torah, daven and even the rudiments of learning Gemara.

Ken and his friends were eager students. They had each already recognized the need to teach their own children a more full-version of Jewish ritual, so they jumped at the chance to learn it in Petaluma.

As they became more observant, Ken and the other men tried making changes in the synagogue (as much as they knew how). Some of their changes were accepted, some were not. They desired fully separate seating, but compromised on rearranging the synagogue to create three sections: one mixed, one for men and one for women. They succeeded in uprooting the age-old policy of serving pepperoni pizza at synagogue events. Eventually the Kolmans began purchasing all of the food for the synagogue’s kiddushes to guarantee that it was to their standard.

Initially, Ken drove the 10 miles to synagogue on Shabbos, but eventually began staying with families who lived closer.

For their son’s bar mitzvah, Ken and Ellen flew in kosher food from a caterer in Chicago. Every part of the Shabbos morning service was true to Jewish tradition.

“People said this was the most beautiful service they had ever been to. It was full of such a feeling.”

In 1998, after several years on their journey, the Kolmans decided to attend a kosher Pesach retreat in a hotel in Southern California. It was their first experience in a truly frum environment.

“For the first time in my life, I was the normal one. Everyone was religious there. It gave us such a great feeling to fit in.”

However, Ken did not fit in quite as much as he expected. With his Grateful Dead T-Shirt, a large, colorful Bucharian yarmulke, tzitzis, an earring and a ponytail, he clearly stuck out. And even though he had learned the fundamentals of the prayers services in the synagogue back in Petaluma, davening with a real minyan was a different matter altogether.

“I could barely follow what they were talking about. I had never been in a real minyan before.”

The Kolmans were welcomed with warmth and love by everyone they met during the retreat. People expressed their admiration at how much the family had managed to learn in Petaluma, however, several people gave them well-needed advice to relocate to a proper Orthodox community to continue their growth, and for the sake of their children.

Shortly after the retreat, the Kolmans spent a Shabbos in Seattle, Washington, in the home of a family who they had met during the retreat. They realized that this was going to be the next stop of their journey.

“We visited there. People were walking in the street wearing tallises, saying ‘Good Shabbos.’ This was totally home.”

Upon arriving back in California, the family made plans to sell their home and pack up their life. Ken immediately called up his friend Raf to tell him that they would be leaving soon and moving to Seattle.

“Seattle? Us too. We’re moving there in three months,” Raf said. “We were afraid to tell you.”

The Kolmans and the Zimberoffs packed up their lives and moved on, once again together. By that point, most of the old-timers in the Petaluma synagogue had passed away, and the few who remained understood that they could no longer offer the families what they needed. The men had nurtured their protégés and had given them the true gift of life, an awareness of their Jewish roots and the proper way to serve their Creator. But now it was time for them to move on, to truly learn what Hashem expected of them. 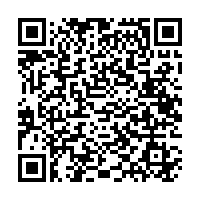