A recent letter from someone who signs herself “Seen it All” seems to blame women for the accusations of sexual abuse aimed at some men. She says that because some women dress in what she considers an immodest manner men are unable to control themselves.

I worked in the field of prevention of family violence and sexual assault for most of my professional career. I can assure you that sexual assault, incest and sexual harassment are not crimes that are only committed against so-called “immodest women.” Toddlers are sexually molested, as are women in nursing homes. Women in communities where they are totally covered are also victims of incest or rape. Boys are also victims of these crimes. Are they dressed “immodestly”?

Rape, incest and sexual harassment are crimes. We do not want to go back to an era in this country where victims of sexual violence are blamed for the crimes against them. This is what happens in much of the Muslim world as well as in some other countries. We are currently hearing about the protests in India against the brutality directed towards women.

We choose modest dress for our own community. But that doesn’t mean that there is no sexual violence directed against women and children in the community. A woman who wears a tank top and a short skirt or tight jeans may be immodest by religious standards, but that doesn’t mean she is inviting sexual assault.

Perpetrators of crime are responsible for their actions; their victims are not!

Blame the Criminals, not the Victims!

Your points are indisputable — notwithstanding, the letter you refer to was simply one woman’s assessment of today’s trend of “abuse” allegations leveled against men by blatantly provocative females. The author was apparently basing her opinion on her own personal observations.

Sick crimes aside, one might keep in mind the Torah injunction of “You shall not place a stumbling block before the blind” — the blind alluding in this case [Rambam’s interpretation, not mine] to man’s desire that “obscures his vision” and leads him to sin. The “stumbling block” here needs no further elaboration…

The sad reality is that while we pride ourselves on the great strides woman has made in having her voice heard, asserting her rights, etc., society on the whole (secular, for the most part) has been sliding steadily down the ravine of immorality. The perceptible decline in gentility is moreover distressing. Whether in decorum or dress, such deterioration is bound to weaken our moral fibers.

The woman/victim in the recent widely publicized case of abuse was 12 to15 years old when she was sent to a so-called counselor for “behavior correction/modification/molestation.” That would classify her as an adolescent.

Girls (from the Satmar community) typically enter into (arranged) marriages around the ages of 17 to19. That too classifies them as adolescents.

These adolescent girls are not taught that they have rights in terms of their body, sex, birth control, children, etc. Instead, they are taught to always listen to their husbands, to please him, to go to mikvah on time, to have as many children as Hashem wants them to have, etc. They don’t know how to say no to their husbands, and even if they do they are ignored and forced to have sex with him (raped) because that is the halacha.

The girls in these arranged marriages are just as much victims of sexual abuse as the girls who are abused by male “counselors” — and maybe more so since they really don’t have a way out; they are stuck in these marriages as they usually have children right away. The community has no problem with any of this.

So I ask you, Rachel, how many victims are there and how many more victims will there be before things change? Is there anything that can be done to prevent this from happening (over and over) again?

From the way you’ve chosen to phrase your letter, one unversed in the ways of a Jewish religious lifestyle may well believe that the Satmar community has a monopoly on halachos — which in fact guide the day-to-day existence of all orthodox Jewry across the board. 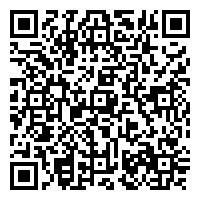