According to an article on the OU website by Rabbi Shlomo Slatkin, the answer to the question asked in the title of this post is yes. The specific culprit according to Rabbi Slatkin is individual therapy. A therapist will counsel only one spouse in a marriage. That – he says ends up becoming an advocacy for that spouse instead of a balanced approach to finding solutions to a troubled marriage.

While I think that is an oversimplification (as I think would Rabbi Slatkin) there is merit to his argument. But if one is to read the comments to his article one would think that this internationally renowned relationship therapist was guilty of professional heresy.


Most of those commenting on this article are themselves professionals. But I think they mostly missed his point. He did not say that individual therapy is never effective or beneficial. What he said is that it can and often does leads to erroneous conclusions about the client’s spouse… and that the marriage could be saved if both husband and wife were counseled together. And as a result divorce is encouraged when in fact that marriage might be saved.

Of course it isn’t individual therapy alone that is the problem. A lot depends on the cultural biases of the therapist. For example, if a couple begins their marriage committed to a specific religious way of life and later one of them decides to alter their commitment in ways that contradicts what they agreed upon, a therapist with a cultural bias against the pressures of religion may support that spouse’s desire to break the bonds of that religion in favor of self actualization. This also breaks the commitment made at the beginning of the marriage. If this is done without any input from the other spouse – it rises to the level of professional malpractice.

Not that there aren’t often other problems pressuring a troubled marriage. But a therapist that focuses too much on the personal autonomy of a client may inadvertently be destroying a salvageable marriage. That is much more likely to happen when there is no input from the other side.

This does not mean that every therapist that practices individual therapy in troubled marriages will make bad decisions. Nor does it mean that in some cases freedom from some of those strictures isn’t warranted. But without full input from both sides – a fair and unbiased evaluation of a marriage is impossible. It is therefore easy to understand why Rabbi Slatkin feels so strongly about it.

It is also true that there are incompetent therapists who give bad counsel a couple when treated together. So the bottom line for me is competence. But I also share Rabbi Slatkin’s concern.

Tangentially there is something else I find troubling. Often when a Rav is consulted about getting therapy he will recommend that only a religious therapist be consulted. Being religious is nice but it should not be the primary concern. Again, competence should be. As long as a therapist has respect for the ways of others and is not judgmental about the strictures of their religion – the therapist’s religion or level of observance should not be a concern. I know some pretty bad frum therapists and some top notch secular therapists. The suggestion that a therapist be first and foremost a religious Jew is bad advice.

Getting back to Rabbi Slatkin – his goal is keeping marriages together. And for good reason. Divorce can be devastating on children in so many ways. Including but not limited to their Yiddishkeit. It can also permanently affect the way their children see marriage… as a negative state of being. It can also cause them to go OTD. It can affect their progress in school and their social skills.

Rabbi Slatkin is therefore very upset that divorce is so often the solution recommended by individual therapists who urge their clients to free themselves from the bonds of marriage.

The fact is that a good marriage does take a lot of work. It takes a lot of compromise and sacrifice. There is a lot less me-ism and a lot more we-ism. When two worlds collide in a marriage it can cause a giant explosion. And there are always two worlds. No two people are exactly alike. They each bring their own baggage to a marriage. And often when two people get married they do not always look for the most important qualities in each other that will make the marriage work. Like temperament and the ability to compromise. Or compatibility of ideals. 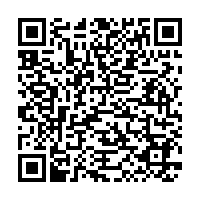