A spokesperson for Egyptian President Mohammed Morsi responded to reports about the President’s diatribes against Israel and Jews in 2010 as released by MEMRI, saying that the remarks were taken out of context.


Yasser Ali, the Morsi spokesman, said on Wednesday night at a news conference that Mr. Morsi had told the delegation that the comments were meant as criticism of the “racist” policies of the Israeli government, not as insults to Jews.

“President Morsi assured the delegation that the broadcast comments were taken out of an address against the Israeli aggression against Gaza,” Mr. Ali said, according to The Associated Press. In what context is it appropriate to call on people “to nurse our children and our grandchildren on hatred for them: for Zionists, for Jews”? Or to call Israelis/Zionists/Jews,”these bloodsuckers who attack the Palestinians, these warmongers, the descendants of apes and pigs.” As part of one of his diatribes, Morsi said that if Israel does not give in to every Palestinian demand the Arab world should wage war on Israel in every way possible. There is no appropriate context.

Remember, this is not the nomination of someone for a position in the cabinet, from whom Senators need to hear policy clarifications before they vote in favor. This is the President of the country that has led the Arab world time and again in wars to obliterate Israel.

Morsi’s rants in the two separate clips (shown together in one video by MEMRI) were natural. They were not carefully prepared statements. One does not go on and on as Morsi did without having deep-seeded hatred towards Israel (and Israel is both the Jewish state and the homeland of approximately half of all Jews, so let’s stop pretending that one can talk about Zionists and not Jews).

These are not things that context can fix or policy positions that can be changed. These rant is evidence of Morsi’s beliefs and world views and what he feels state power – which he now controls – should be used for. And these are only the latest in a long line of evidence that under Islamist control, Egyptian power will be directed against Israel.

Yet, what is the U.S. doing with all this information? Continuing to lend a hand to that future.

the senators declined to characterize Mr. Morsi’s response. But they appeared to feel he had addressed the issue. The senators emphasized their support for Egypt’s transition to democracy. They also said they would press Congress to provide badly needed financial aid and urge American businesses to invest in Egypt, although they also said that Mr. Morsi’s inflammatory statements in 2010 made both requests tougher to sell.

“The Egyptian people are going to have to showcase your best behavior,” said another senator in the delegation, Lindsey Graham, Republican of South Carolina.
Thus, as predicted here, Mori’s anti-Israel rants will have no affect on U.S. policy of aiding Egypt’s transition to an Islamist democracy-dictatorship. For the Senators, it would only make American aid “tougher to sell” to Congress. 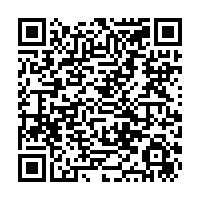