The letters on the typical Bais Yaakov high school education have prompted me to add my two cents worth. In regards to A proud husband of a BY graduate who is of the opinion that a girl learns how to create a Jewish home in her own home by her mom (and should not be expecting the school to fill in for the role of “mom”), I have to say that unfortunately this is not always so.

Some girls actually don’t have a mother, while others have moms who are either dysfunctional or so bogged down with large families that the kids pick up more in school than at home. Then there are instances of non-observant parents deciding to send their kids to yeshivas or Bais Yaakovs. I know of more than one set of parents who actually became observant through their children attending religious schools (often at the urging of an observant grandparent). These girls taught their parents the art of keeping a kosher home and honoring Shabbos.

Such cases are not as rare as one may believe. So, yes, the school can play a major role in a student’s life, and its influence should not be minimized.
An up-close observer

How to draw the fine line

Dear Rachel,
The letter regarding a Bais Yaakov education and subjects that would be considered as most beneficial for girls to learn hit a nerve. For years I have been torn about telling my daughters that they can be anything they strive to be. I feel that realistically they will, G-d willing, grow up to be wives and mothers. To tell them that they can be doctors or lawyers seems misleading and unrealistic. At the same time I get upset when girls are encouraged to be speech therapists or teachers, but never doctors or lawyers. There are definite advantages to encouraging a profession with flexible days and hours, but so many girls have such magnificent minds that it seems a shame to limit them.

I went to a co-ed yeshiva that encouraged all of their students to reach for the stars. So many went on to do just that. However, the friends in my circle were a little more “old school” and went on to become primarily wives and mothers. My sister went to a different co-ed yeshiva where the girls took a home economics class every week. I do not remember what the boys took instead, but every week the girls learned new recipes, sewing, and things that would be useful as a homemaker. At the time I thought it was ridiculous and archaic. Fast forward to present day when Baruch Hashem my sister and I are both wives and mothers, and I am not so sure anymore!

In theory, I think girls should be encouraged to peruse their dreams. In reality, the Jewish way of life has the mother at home raising the children. While certainly not impossible, as evidenced by the many fine female Jewish professionals, getting a medical, legal or business degree takes years, a very difficult undertaking with babies and young children at home. At the same time, it really irks me to hear people saying that mothers should use their education to teach their children.

So my quandary continues… I don’t know that I will ever have the answer. I guess I just want the choice to be there. As with everything else, I leave it in G-d’s hands.
A little flexibility may go a long way…

Life just isn’t what it used to be

Dear Proud Husband of a BY Grad,
Welcome to the 21st century, where – like it or not – a girl is not usually found by her mother’s side cleaning, baking bread, sewing linens, drawing water from the well or helping to care for younger sibs who are playing with sticks and mud.

Today two working parents is the norm; children (as young as 3) spend a good part of the day in school. Older kids often remain in school longer for “extra curricular activities” so that their parents aren’t forced to leave their jobs early, while other children come home to an empty house. (The luckier ones have a nanny or housekeeper awaiting them.)

Stay-at-home mothers who spend endless hours blogging and social networking, where they divulge and bemoan all sorts of personal life issues, is another phenomena of the 21st century. Even the more efficient mom gets to see her children only late in the day when they arrive home from school and are then overwhelmed by the tremendous amount of homework they are expected to complete.

I don’t suppose that in their limited spare time these girls would choose learning how to manage a household over other more fun activities. True, many “big sisters” help with the little ones and some Shabbos preparations, but there are many more aspects to being a wife than bathing babies and turning out a good potato kugel. 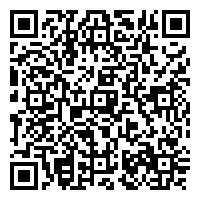