In Chronicles of October 24 a man described how he had come upon the scene of a young child saying Kaddish in shul, and how his wife had reacted upon discovering that the mother of this little boy – having just recently lost her husband – was about to remarry.

While the wife was aghast at “the callousness of a man who can so quickly replace his long-time devoted wife and mother of his children,” her husband (the letter-writer) took a much different view and saw nothing wrong. He reasoned that the widow needed to get on with her life and that her kids needed a dad.

Unfortunately, life is not that simple. No one should rush into marriage in any event, and certainly not for the sake of convenience. Children, too, need an adjustment period to deal with their grief. Depending on their ages and personalities, their reactions to a “replacement” parent will vary.

I’ve personally witnessed a stepmother’s frustration when her “newly acquired” children refused to recognize her as “Mom.” On the other hand, I know of a widow who single-handedly raised her young family – convinced that no stranger could step into the role of father to her children.

Marriage is challenging enough when one enters it without “baggage”; how much more so in a circumstance that involves stepping into another’s shoes and taking on a parental role overnight.

You make perfect sense, but of course it’s easier to be objective when you are on the outside looking in. The following letter was submitted by a seasoned therapist who more or less seems to share your point of view.

About the column on re-marrying very soon after the death of the previous partner… A couple of years ago, my out-of-town sister-in-law mentioned a sheva berachot she and her husband had been to the evening before. It was a second marriage for the new couple, both in their late fifties to sixties. My sister-in-law was so happy for them and told me that the husband’s first wife had died just six weeks earlier.

I was horrified but didn’t say anything, seeing as my sister-in-law meant well. Let me tell you that these rushed weddings are mostly a big psychological mistake. There is a process called mourning. In our tradition it also has some specific stages. But even if that were not the case, a person has to have completely closed the old book before being ready to open a new one.

I tell my patients that marrying to give children a “new” father or “new” mother is also a big mistake, and if the new partner comes in expecting to play a mother or father role, it sets up the potential for resentment, rebellion and disaster, except in very young children.

The new person is the man or woman that Mommy or Daddy has married. If he/she treats Mommy or Daddy very well, that is the best that can be hoped for, and if in addition he/she is a genuinely nice person, that is an extra bonus. He/she is not the children’s parent. The children have – or had – their own other parent. 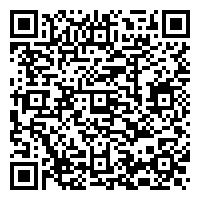