Knesset leaders backed away from dissolving the government for the second time in three weeks Monday by postponing for a week a vote on a bill that would declare in law that Israel is a Jewish State.

In principle, most coalition leaders back the idea but are arguing over the details, some of which are problematic and some are excuses to squabble over who gets Brownie points for sponsoring the bill.


A “Jewish State bill” has been on the table since the previous administration, headed by Ehud Olmert, until Tzipi Livni took over when he resigned because of charges against him and some of which have placed him on the doormat of jail.

Netanyahu would love to get rid of Livni, whom he brought into the government to widen the coalition and keep her out of mischief by be given the booby prize that she so much wanted so much – negotiator for the Peace Process, may it be rest in peace.

With six seats in the current Knesset and a projected three if new elections were held today, Livni has nothing to lose if the government falls apart and new elections are called.

Yesh Atid and its leader Yair Lapid also are against the bill. Yesh Atid has a hefty 19 seats in the Knesset. Netanyahu could stay in power without Livni, who is on Lapid to stick his neck out for her.

But polls and common sense show that Lapid’s cheaper populism has worn off and that his party would lose nearly half of its seats if the coalition crashes.

Netanyahu, the smartest politician in the bunch with the possible exception of Avigdor Lieberman, decided to go along with the Jewish State bill and play chicken with Livni and Lapid.

Israel’s establishment media have been performing a repeat of their miserable performance two weeks ago when they insisted elections were around the corner because of the budget crisis.

Last week’s savage murders in Har Nof pushed the crisis aside and all of a sudden the budget no longer was the headline of the day.

The media hate Netanyahu mainly because, as I wrote last week, he is smarter than the opposition that the center-left media wants back in power.

Israel Radio, known by the grossly unfit name of the “Voice of Israel,” twisted itself into a deformed pretzel Monday by reporting that the Netanyahu coalition is doomed to be one of the shortest governments on record, surviving only for two years.

What about Ehud Barak, whose own party disowned him in 2000? Israel reported that Barak opted for elections,” a blatant lie. He had stayed in power for as long as he did only because the establishment media constantly propped him up until it became too embarrassing. The Knesset threw up its hands at his incapability and dumped him, ending a miserable 18-month administration.

Like the budget crisis, the Jewish State Bill crisis disappeared Monday, at least for a week while all sides try to come up with a version that Lapid and Netanyahu’s hawks can accept.

The Cabinet voted on Sunday 15-6 for not one but three versions of the bill.

The Knesset was scheduled to vote on it on Wednesday before it would be referred back to a committee.

Instead, coalition leaders have a week to play chicken again and come up with a version that is acceptable to everyone, with the exception of Livni, who prefers to lay a bad egg. 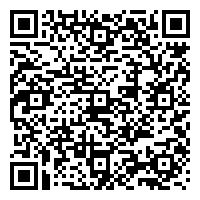