Back in July, Lonely at the Core (Chronicles July 22) let us in on her cold, empty existence due to her husband’s obsession with other women.

A reader reached out and encouraged Lonely to view her husband’s shenanigans as an addiction and to try, as this reader did herself, to understand and support him as he gets professional help. (Chronicles 8-19)

The following two letters – one submitted by a woman, the other written by a man – remind us of a husband’s duty to be true to his wife and to his G-d who sees everything, and encourage this wife to help her husband see the light.

I got much chizuk from knowing that some other woman out there feels as I do. My husband does not view pornography, but my situation is not any less painful.

We raised a very large family and I gave it my all. The loneliness from the lack of appreciation, attention and affection was and is very painful. I too get nachas from my children and grandchildren, though I have often been blamed for my husband’s problems.

The few moments of true caring over the years of criticism and coldness pale next to his need to privately hurt me. When I react negatively, it all suddenly becomes my fault and he ends up looking like a tzaddik.

I was the one who brought fun, frumkeit, Hashem, love, talent and joy of life into the home. I do not know how he was raised, but I tried to build him up and he rejected my love and support. For it to be a happy home, the love needs to be returned.

Next to my husband who is meek, I am seen as a powerful woman, capable of making or breaking this “gentle soul” of a man. I turned to counseling and consulted with da’as Torah, and yet my children believe that I was able to brainwash all rabbonim and counselors with my brilliance.

I was raised with the old school thinking that a bad marriage is a challenge and a divorce is a wife’s failure, and unlike Lonely at the Core I still have a few to marry off. My advice to her is to be kind, gentle, but to maintain her self-respect and be proud of having raised such a wonderful family.

I feel that when the truth will eventually be exposed, it may humiliate her children, their spouses and their children, and she will suffer even worse anguish. It may therefore be better to bear the pain privately, while making it clear to her husband that his life is on video and will be played after 120 years before the entire world.

She should not for a moment doubt, like I did, that the children will not blame her; they may very well resent her for hurting their family image and stay close to their father because he is the breadwinner. Then her loneliness at the core will worsen.

But privately, she can and should let him know that every lie and putdown is recorded and will be replayed. Words spoken gently, with truth and clarity, and without bitterness or anger, may make him find the inner strength to do personal teshuvah.

I have learned to build myself up with happy successes. My husband is aware of the truth today, but if I were to slide into being “ma’avir my middos” (overlooking my virtues and achievements) for his sake, he would just see it as a sign that he was right all along; this approach is a sign of weakness and does not work with husbands with personality disorders. I am consistent in stating the truth and work on not feeling guilty.

Hashem knows that wives of such men do tremendous chessed in raising Torah’dik doros and in helping them stay on track, preparing for the ultimate Yom HaDin. In my humble opinion, the damage your leaving will cause will be more difficult than the approach of using his parnassah to do good things for yourself. Just keep remembering that he is exposed to Hashem and that his past, present and future are recorded in the Book of Life.

We all must work on ourselves and polish our neshamos. You can help him by not exposing him. You are not to blame and have no power to change him. Be firm in not accepting his behavior and in letting him know that Hashem wants us to control our evil inclination  – our yetzer hara.

No yelling. Just truth, stated calmly and gently, that you wish him to choose to do right. Life as a divorcee is a major adjustment. There is no escaping hard work either way. Give yourself the chance of being a role model to the kids.

You would be surprised that the children, at least some of them, may already know the truth. Act with self-respect. You certainly have done well.

Coming from a similar place…

I am writing to you about the case of the woman who is married to a man who likes the company of other women. I was once asked by an adolescent yeshiva boy, “Where does it say that you’re not allowed to hang around with girls?”

I took out the Shulchan Aruch and showed him black on white where the issur is made very clear. It is located in the Ebn Ha’Ezer, siman 21. “Tzarich adam l’hisracheik m’hanashim meod meod” – man must distance himself from women very, very much.

Other sources of the Talmud that advise men with a strong desire for women: Gemora Shabbos 152a and Kiddushin 82.

This husband should be rebuked, with love and a peaceful approach, and reminded of the quote in Pirkei Avos 1.5: v’al tarbeh sicha im ha’isha – do not converse at length with a woman.

He should be made aware that he is destroying his family and that he must make every effort, even if painful, to make amends.

He claims that there is nothing wrong with his behavior — an indication that he hasn’t done much learning. As it states in Kiddushin 40b – gadol talmud ha’meivi lidei maaseh  — great is study for it leads to action.

Rabbi of a Congregation (preferring to remain anonymous) 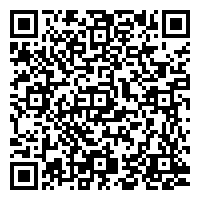