Going back almost a year, a letter that appeared in this space generated a mound of reaction. A “Disappointed Husband” had written to express his disdain in his wife’s appearance of late. “She looks like a shmatte,” he complained. He also admitted to being somewhat attracted to the “sophisticated girls” in his office. “They dress to kill – from sheitels down to shoes,” he observed.

He didn’t stop there. “I love fancy women. I love women who wear make-up, long sheitels, who exercise and take care of their bodies, and my wife knows that. Every man wants a good-looking woman”

Readers had plenty to say. Some voiced their dismay with the husband. “If all you care about is having a body for a wife, I pity you.” Others denounced his “overweight” wife, as well as yours truly. “You had absolutely nothing constructive to say to his wife regarding her abysmal failure to live up to her responsibility in their marriage, to remain attractive to her husband.”

The arguments, pro and con, continued to rage. An unforgiving male reader declared: “Snoods should be banned from the Orthodox market. They are hideous.”

A stunned female reader confessed: “Oh gosh, I don’t know what to say. I am one of those sophisticated women whom you lust after.”

An incensed grandma rebuked: “Do you know that women thrive on love and attention? How much of this medicine do you spoon-feed your wife you who look for greener pastures elsewhere and fill your heads with empty and forbidden images?”

And the ultimate shocker: “I’m having an affair!”

Next came criticism of the critics.

• “I have some questions to ask of the woman who touts looking good for the hubby all the time. Does she wear her best clothes when she is cleaning the oven?”

• “I’m tired of hearing about women who don’t keep themselves attractive for their husbands. What about the men who don’t care about their own appearances?”

• “I can’t believe the absolutely ludicrous arguments. When did people stop taking responsibility for their behaviors and blame others for their lack of morals, decency, self-control, consideration and compassion and become totally self-absorbed with superficial values?”

• “It’s astonishing to me that Jews describing themselves as religiously observant can express their desire to engage in extramarital dalliances because they no longer find their spouses physically appealing.”

In this day of cyber communication, one reader’s opinion languished in the postal system, finally reaching its destination some several months later (judging from the postmark).

The coherent quality of this writer’s message and its untoward delay has inspired us to let her have her say. So just when you think you’ve heard it all on the subject…

I read with sadness the original letter from the Disappointed Husband and the many letters that followed. Most, if not all, had a common denominator – an extreme position. On the one hand there is the heavy wife, who even by the husband’s acknowledgment, has raised five beautiful children and who is absolutely repugnant to him because of her obesity, as he is attracted to beautiful women at work.

Then there is the letter from one of those “beautiful women” whom men fantasize over, who is overworked and overextended and has no time or patience to give proper attention to her children and husband.

There’s also the letter from the adulterous wife who justifies her behavior by the fact that although she is very attractive, her husband pays no attention to her.

It’s all so very extreme.

First of all, women should want to look appealing to their husbands. Perhaps your husband likes some robes and snoods better than others. Then be sure to wear those when he’s around. Wear clothes that he finds attractive but that are comfortable. Same for sheitels. If your husband likes make-up, wear it when he’s home. To the woman who wrote that it clogs pores, I would say then don’t wear make-up during the day, but wear it when your husband comes home from work.

The point is – whom are we kidding? Our husbands, unless they work in an all-male office or are in kollel, are likely to be surrounded by beautiful, even provocatively dressed women. Unfortunately, we live in a society where anything goes, even flirting and making a play for a married man. Indeed, magazines galore and the media encourage this.

So, fight fire with fire!

To go to the next item, be as available as practical for your husband. It’s not necessarily a chiyuv, or mitzvah, to go to every fundraiser, chair committees, be involved in PTA, etc. if this will sap your strength so much that you’re too tired, maxed out, etc. for your husband. Mosdos give awards to people who overextend themselves for causes, and all these are truly worthy causes. But the most important cause is being there for your family. And your husband is part of your family.

This does not mean that husbands should evolve into slobs or not be appreciative of all that wives do. On the contrary, both parties should take care of their physical, emotional and spiritual health and be appreciative and supportive of each other. In addition, as much outside help as is necessary should be obtained as is financially feasible. (Depending on your situation, perhaps now is the time to discuss birth control with your Rav as well. I’m not disputing that children are a brachah and I pray for every couple I know of that does not have children, but for many, having so many children puts everyone over the edge.)

Thank you for your wonderful column in which you address contemporary problems with sensitivity, wisdom and understanding. 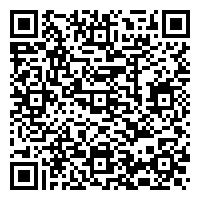