My heart broke for the “older single” who finally met a young man she might get engaged to and it turned out their Dor Yeshorim numbers didn’t “match.” Part of the tragedy is the writer’s implication that she should have known better.

Rather than debate the obvious − of when exactly to check D.Y. numbers, how about breaking out of the prevalent double-blind mentality? What is wrong with knowing whether and which of one’s own children is a carrier of a disease? Several of my children were tested independently by a frum doctor for the same diseases as those on the D.Y. list. Our health insurance paid for the tests, and my children − who, as it turns out, are not carriers of any of these diseases − have been able to date confidently.

When one of my children was about to get engaged and her future in-laws asked for the D.Y. numbers to be “matched,” we knew there was nothing to worry about. With private, informed testing, someone who turns out to be a carrier will know that checking the D.Y. numbers early on or before a first date is an absolute must.

I had a similar situation, where Dor Yeshorim informed me that a match was not compatible. We dropped the shidduch and subsequently learned that the Dor Yeshorim findings were not necessarily conclusive. In our specific situation, one party was definitely positive, but the other party was “probably” positive.

Dor Yeshorim does not have the facilities for further testing and therefore takes the conservative approach of declaring the couple to be incompatible. This may not be true in all cases. In our case, after consulting with a doctor and extensive testing by an expert recommended by Dor Yeshorim, it was determined that the “probable” positive was definitely negative. We went ahead with the shidduch.

You could have referred “Should Have” to the PUAH Institute. Carrier couples of serious genetic diseases have several medical and halachic options open to them, including in IVF with pre-implantation diagnosis − a procedure that is utilized by many Orthodox couples who cannot conceive naturally.

For two people who have had such difficulty finding emotionally compatible spouses, every attempt should be made to help them find happiness together and to build a bayis ne’eman. Your dismissal of their courtship as simply being “not bashert” is cruel and potentially condemns these two people to a lifetime without companionship or children.

THEY CAN GET MARRIED. My cousin who is a world genetic specialist told me that there are possibilities, and the shidduch does not have to be called off. There are ways they can have children, albeit irregular − but if they are committed, then they can, by all means, have kids. I hope you can relay this message to the girl.

Thank you for bringing this and all the issues to the fore. You are a guiding light in our fractured community.

Your responses were overwhelming. Mi ke’amcha Yisrael? − Who is like Your people?

I thank all of you who cared enough to take the time and trouble to express your genuine concern and advice. While the final determination is ultimately up to the affected parties, your input will hopefully offer them and others a springboard for a positive resolution. 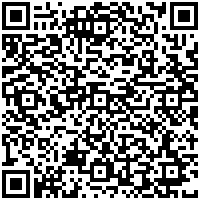