Chaim was driving to pick up his good friend’s aunt from the airport. She was coming in from California, so she would likely be tired. But, while he was driving there, Chaim kept wondering why his friend had asked him to do it. Couldn’t his friend’s wife pick up his aunt? And, more importantly, why had Chaim felt he needed to say “yes”?

Shani was writing a check to a charity she had never heard of, silently hoping that the check would be cashed after her next paycheck came in. She couldn’t say “no” to Mindy when she asked her to contribute. She just didn’t feel comfortable.


Naomi was staring at her four-year-old son gleefully licking the sugar off of his fingers. He had begged for the frosted donut and stomped his feet, and Naomi found herself saying “yes,” when all she had really wanted to do was say “no.” It was so close to dinnertime and now her son would not eat any of the chicken and roasted vegetables she had prepared.

From the time we are small, we are taught to have good manners and to “be nice.” Our parents teach us that we need to exhibit kindness and be polite. When someone asks something of us, we are supposed to do our best to accommodate him or her. In reality, though, if we are constantly trying to accommodate others, we will not only wear ourselves out, but will also be negating our own happiness. Therefore, it is important to learn how to say “no” to things we cannot or should not be doing. Once we figure out how to say “no,” we will discover the joy of saying “yes” to all those things that we now have the time, energy, and money to do!

Below are some ways to kindly, and responsibly, say “no”:

Context is key.  If we walk around constantly turning down people’s genuine requests for assistance, we will alienate those around us. Thus, the first step in saying “no” is that it be in the context of lots of “yeses.” If someone asks you for something that you can provide, you should always agree.

For instance, if a neighbor asks you to pick up her daughter from school when you go for your own children, consider that an easy “yes.” You can conveniently take her daughter home with you as long as you have another seat in the car. That way, if she asks you on a day that does not work because of another commitment, you can comfortably say, “I’m sorry, but today is not a good day.”

Alternatively, if a niece is constantly asking you for tzeddakah for her bookathon, swimathon, and bake sale, give small amounts as long as you can afford them. This way, if she asks for something when money is tight, you can always say, “I’m not going to be able to contribute this time, but I hope to be able to for the next one.”

Less is more. When saying “no,” especially when we feel guilty, we often stretch out our explanations. We say, “I really want to come tonight, but I can’t find a babysitter and Raizy was sneezing today,” but what we really mean is, “I am in the mood for a quiet night at home and really don’t want to look for a babysitter.” The problem with expanding our explanations is that the other person will a) offer to help solve the problem (“I have some great babysitters you can call,” or b) catch you in a half-truth (when she sees Raizy the next day and she doesn’t seem to be sneezing anymore).

Therefore, when you are saying “no,” don’t drag out the explanation. Simply say, “I don’t think I can make it tonight.” If the person demands an explanation, you can give one, but chances are, she will leave it at that.

Likewise, if you know you need some quiet time by yourself in the house, don’t mention to your sister that you have the afternoon off. If you are in the middle of dinner, don’t answer the telephone when a telemarketer calls (or anyone else whom you don’t want to speak to at the time). All of these preventative tactics will allow you to avoid having to say “no” if people ask you for things with which you are not comfortable.

Learn to take no for an answer. One of the best ways to learn how to say no is to accept a no from someone else. Did you hate that person after they said no? Did you fall apart? Probably not. So, take a cue from someone else and realize that saying no is not going to devastate those around you. When done in a sensitive and reasonable manner, saying no is understandable and acceptable.

The Joy Of Yes

When you learn how to say “no” to things that overburden and overwhelm you, you give yourself the gift of more time, energy, and money. This frees you up to say “yes” to things that you might have said no to because you did not have the resources for them. Maybe because you didn’t fight with your children in the supermarket, you will have the energy to cuddle up for a great story time before bed. Perhaps because you said no to a friend’s request to pick up his aunt from the airport, you will have the time to have a sit down with him and learn. The best thing about saying “no” is that it opens up endless possibilities of “yes”! 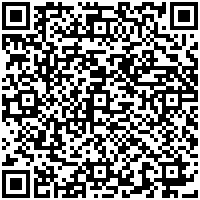