The Mishna (20b) states that one of the stringencies imposed regarding kodesh, items that are hallowed (in this case, sacred vessels), is that one may not immerse two vessels one inside the other. R. Ela explains (21a) that there is a concern that the weight, or pressure, of the inner vessel against the outer vessel will prevent the mikveh water from reaching all parts of the vessels (i.e., it will create a chatzitza, an interposition).

We find regarding the mitzvah of lulav that it must be bound with the haddassim and aravos without a chatzitza (separation) between these three species. Raba submits (Sukkah 37b) that we need not be concerned if some haddas or aravah leaves fall into the lulav holder, creating a separation between the lulav and the haddassim or the aravos, because min bemino eino chotzetz – substances of the same type (i.e., haddas leaves will not create a chatzitza between haddas branches and another one of the species.

Rav Pinchas Horowitz, the Ba’al HaHafla’ah, asks (Giv’as Pinchas, siman 56) why the Sages forbade immersing two sacred vessels one inside the other. Even if they are crammed together and water is prevented from reaching parts of each vessel, we should apply the rule of min bemino eino chotzetz. Since the two vessels are similar items, they should not create a chatzitza.

A Matter Of Significance

In answer, he postulates regarding the rule of min bemino eino chotzetz that the detached haddas leaves do not create a chatzitza between the species because they are viewed as an appendage to the haddas branches. In our case, where both vessels are ritually defiled and require tevila, the principle of min bemino eino chotzetz does not apply since each vessel is of equal significance. Each vessel can potentially create a chatzitza and prevent the water from reaching and purifying the other vessel because we cannot say that one of the vessels is an appendage to the other.

This explanation is consistent with the explanation of Rashi (20b, s.v. “chomer bakodesh…”) stating that the case in the Mishnah is one where both vessels are ritually defiled.

However, according to Rabbeinu Elchanan, one of the Tosafists (Tosafos 22a, s.v. “Mai ika”), the Mishnah deals with a case where only the inner vessel is ritually defiled. Thus, the answer in Giv’as Pinchas will not solve our question. 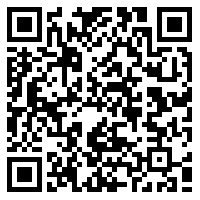