I am writing in response to a letter to the editor from G.R. on the topic of marital counseling. G.R. suggested that a couple having marital problems or issues could simply go to a wise person who may have no experience in marital therapy.

It is irresponsible to suggest that couples whose marriages are on the rocks should not go to a competent marriage counselor, but consult with a “wise person’’ exclusively. If one has a serious illness he will seek out the most competent professional in the field. Furthermore, if this competent doctor doesn’t diagnose his illness correctly he will go for a second opinion. If one has a bad experience with a doctor, he may choose to go to another, but will not seek out a health advisor or wise man who is not qualified or licensed to treat the ailment. Daas Torah should be consulted to ascertain whether what a doctor or therapist prescribes is halachic, but not more.

I think that people need to make sure the therapist is a good match for them. However, to not go to a licensed marital therapist is a terrible idea and highly irresponsible. I have a few friends whose children got divorced after speaking with untrained people. Their lives are now in shambles. Of course, not every therapist knows what he or she is doing and sometimes couples can get hurt. However, we must seek the professionals, whether they be physicians, dentists, lawyers or therapists, who will ultimately help us.

I appreciate your letter and I agree that people must seek professional help and marital therapy when they need it. However, I do think G.R. made some good points. There are many people today with very little training who put out shingles and proclaim themselves to be marital coaches, shalom bayis helpers, advisers etc. While they may be well-meaning individuals or feel they have a knack for helping others, that does not make them qualified to help people improve their marriages.

On the other hand, there are trained therapists who don’t have a good track record for saving marriages. Thus, one has to seek a therapist who is well-trained and who is a good match for you and your spouse. If a therapist is not helping, it may mean it’s time to look for someone else. As you mentioned, just because one doctor is not helpful does not mean you should stop seeing doctors. Certainly if someone goes to a professional in any area and is not happy, it does not mean that all professionals in that field are unhelpful.

As a community we must acknowledge that emotional issues are not different from medical issues and people who are struggling psychologically cannot just talk to a “wise person” and be cured. No one in his or her right mind would suggest talking to a “wise man” if they had a serious medical issue, so why would we suggest it for serious marital issues?

While I believe that someone who deals with marital issues professionally should most certainly have a degree, I also believe that it is important to find a therapist whose philosophies jive with Torah values. Jewish marriages are sacred and going to a therapist who is not going to value the marriage can be very detrimental. Thus, it is imperative that a couple seek a therapist who shares their ideals and follows daas Torah (or at least allows them to confer with daas Torah when needed).

The initial letter addressed a person who had a poor experience with marital therapy. That letter discussed differences between marital therapy approaches. It is my professional opinion that couples that seek marital therapy are in a very vulnerable state and it is unhelpful for the husband and wife to speak disparagingly about the other, in his or her presence. Every couple that comes for help usually has complaints, but until they learn to communicate more effectively, sharing these complaints will only engender hurt feelings and discord. Couples should leave therapy feeling somewhat empowered and better about their situation. Of course, there may be a lot of work to do, but they should not leave feeling angry at each other and hurt by what was said in therapy. Therapy should be a safe place which brings about healing, not more suffering. 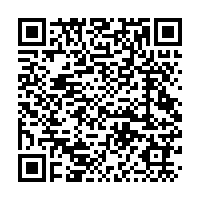