If you are in a difficult marriage and are considering seeking help, you’re probably wondering: what would the counselor make us do during the session? Would my counselor know the appropriate technique to use for our specific case? Is our counselor’s style suited to our problem?

These are all valid questions, and you have the right to ask them.


The good news is that there are many marriage-counseling techniques available, with most verified by research and experience. The use of these techniques is not limited to counseling sessions; couples can borrow these techniques and/or the rationale behind them, and use them to either enrich or heal their marriage.

The following are three of the most commonly used techniques in marriage counseling:

It may be cliché, but it’s still fact: the majority of marital issues can be traced to poor communication.

Conflicts are normal in relationships. After all, no two people are alike; it’s inevitable that a husband and wife will differ on at least one issue. But while you can’t avoid disagreements, you can transform them into constructive discussions. The key to successfully navigating conflicts is to be able to communicate your position well.

What many couples aren’t aware of is that communication is a skill. It requires deliberate effort. We can’t always go with what feels natural, and assume it will make us understood.

Wife: He’s so insensitive. I’ve been moping around all week, and he doesn’t even sense that something is wrong.

Husband: Oh, did you want me to comfort you? You were so surly; I thought you wanted me to stay away!

Was the husband really insensitive? He did notice his wife’s discontent, and sincerely wanted to respond to it. However, because the needs weren’t communicated directly, the husband received the wrong message. And you can imagine how this simple miscommunication can escalate to a bigger fight!

What a marriage counselor can do is mirror unhelpful communication patterns to the couple, and help couples express and receive messages better. At first, new communication styles may feel unnatural, and the counselor may even have to act as a translator to decipher what couples really want to say to one another. But once functional communication is learned, it can be a powerful tool, not just in addressing conflicts, but in providing support and nurturance.

Some counselors adapt a psychodynamic approach to counseling. In this approach, the unconscious roots of one or both spouse’s behavior are surfaced. This approach is most applicable when an irrational pattern of reacting exists in the relationship. Psychodynamic counselors believe that much of our behavioral tendencies are shaped by either childhood experiences or significant events in our lives. Our experiences can create a need to be fulfilled, or a skewed perception of reality. When it comes to dysfunctional tendencies, it is always helpful to gain awareness of how they were formed, so that a couple can begin changing them into functional patterns.

There is a reason why the psychodynamic approach works in marriage counseling: unfortunately, marriage can be a catch-basin of personal issues. This means that it’s easy to see your relationship with your spouse as a solution to what your childhood lacked. While there’s nothing wrong with looking to your partner to fulfill your needs, — indeed, the impact of a neglectful or abusive parent can be healed by a spouse’s love — a lack of awareness about this dynamic can lead to unreasonable expectations.

Rachel came to counseling because of her husband David’s “extreme jealousy.” David is unreasonably suspicious, and demands that he be informed of his wife’s whereabouts 24/7. He also has a tendency to “overreact” whenever Rachel is in conversation with another man. Rachel feels stifled by David’s behavior, so much so that she can’t enjoy her social relationships anymore.

Upon exploration, the counselor found that David’s parents separated when he was a child. When David had been eight, his mother left him with his father. David blamed the separation on his father’s complacency; he felt that had his dad just been more vigilant, he could have curbed his mother’s affairs before they progressed into something serious.

David wasn’t aware of it, but his jealousy is a direct result of his childhood. He was trying to be “vigilant” — the way his father never was — to protect his family. Unfortunately, he couldn’t see that his reactions are uncalled for by the situation, and is actually harming rather than protecting his marriage.

In cases like David’s and Rachel’s, a marriage counselor can help by uncovering these unconscious roots of irrational behavior, and bringing it to the couple’s awareness. Then David can start to control his jealousy, while Rachel can be more compassionate when it does occur. The counselor can even teach Rachel how to assure David that history will not repeat itself, helping David to gain greater security in their relationship. 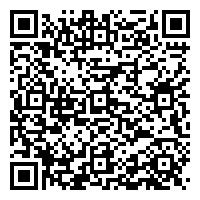