One of the reasons that parenting is so difficult is because parents are caught in a paradoxical situation. What every child wants most is to be loved as he is. However, the parent (horeh) is also a teacher (moreh), which comes from the word hora’ah – instruction. A teacher’s job is to civilize the child, instill values, shape attitudes and correct negative behavior. We can’t let our children go out into the world as pampered slobs or short-tempered bullies. We want them to be hard working, reliable, thrifty, considerate, patient and organized.

We know that they need these traits in order to be happy and survive in a tough world. If her room is a mess and she has tantrums over her split ends, what will happen when she has to juggle work and kids and a husband who is less than perfect? If he slams doors when he’s upset or torments his little sister, how will he behave when his wife irritates him in any one of the thousands of ways that people can irritate each other?


Inevitably, the parents’ drive to improve him is often interpreted by the child as rejection. This is why many children complain bitterly about their parents, “No matter what I do, it’s never good enough for them. They’re never satisfied. They care about my grades, not about me.” Because we see their faults so clearly, they hear a double message, i.e., “I love you − but there’s always room for improvement!” Children are exquisitely aware of whether we are acting out of love or for our own vain ego needs and will run to their friends’ homes, where they feel happier and freer, knowing that no one is trying to change them.

Parents must be like orthodontists, patiently, with love, exerting just enough pressure to straighten the child, but not so much that we break his spirits. Growth happens very slowly, almost imperceptibly. Either extreme − excessive pressure or pampering and lack of discipline − communicate a lack of true caring. It’s hard to get the right balance. While one child might thrive with strict limits and high expectations, another may feel unloved and stifled, as if his needs don’t really count.

Overly controlling parents push their child to fit a fantasy, i.e., a brilliant talmid chacham (or a tireless balabusta/teacher), often to satisfy their own ego needs. To achieve this goal, they keep up constant pressure, convinced that, “If I don’t wake him up, force him to learn and harp on every little fault, he won’t wake up, will be a slob, will eat only junk food and will leave the religion, God forbid.” They constantly spank, criticize and punish to make him shape up. During the early years, force may seem effective. But the over-controlled child may turn into mindless automaton, incapable of independent thought or action. He always looks to outside sources to determine what to think, wear or say, always anxious that he is not living up to the ideal. Or, the child rebels, scorning all authority. He feels, “Since they don’t love me, I will hurt them by doing the opposite. I cannot live a lie and pretend to love what I hate.” Either way, the child never develops an authentic personality, but simply responds blindly to external forces, overly obedient or overly antagonistic.

It’s hard to be patient. But just as a toddler will not walk until some inner force tells him it is time to do so, it is impossible to speed the develop of certain traits, especially if they are against a child’s inherent personality (to distinguish between middos and inborn traits, see my book Awareness.) Our goal is to arouse his own inner desire to want what is best for him, not due to external coercion.

If he is forced to daven, then when the parents or teachers are not present, he may simply not daven and then lie about it, because he has always prayed only to please others or to avoid being punished. When davening does not arise from an inner desire to connect to Hashem, it is empty and meaningless. If a child is forced to learn when he feels stupid and unsuccessful, the parents may believe this will eventually make him better, but will ignore the signs that he is becoming more bitter.

The only method that helps instill good values in children is the “Victory Method.” This means showing enthusiasm for the small victories that the child is already manifesting in the areas we want to see improvement. Then he is more likely to do more of what we want, because he sees that he can be successful. If we criticize him for eating too much, he will eat more, because criticism makes people feel unloved. And they often cope with that pain by eating even more. But if we praise him for his “victories,” like eating only two cookies instead of 10, he is more likely to be proud of having self-control.

The key to growth – including our own − is to be happy with the smallest victories. Like the orthodontist, we know we cannot speed things up or change the whole structure of the head. Try to make a new or difficult task fun. A child who hates to clean can clean to music. He can be given a three-minute egg timer and asked to do so for just three minutes at a time.

If we feel scornful when talking to the child or our advice is met with resentment and resistance, back off. Remember, the child is an individual, not a lump of clay that can be molded to fit our dreams. Each parent must tread the fine line between respect for the child as he is, and the gentle push, which will help him move forward. Do not think that this is an easy task – for any parent!

To learn the VICTORY METHOD, you can order my new series of 8 one-hour DVD sessions on childrearing from my website, www.adahan-online.com. My new survival guide for people struggling with abusive relationships is called From Victim To Victor. It can be purchased for $15 from the ADAHAN FUND, 2700 W. Chase, Chicago, Il. 60645 or in Israel, 13/5 Uzrad, Jerusalem, 97277. All proceeds go to impoverished people in Israel. For private sessions, I can be reached at emett@netvision.net.il or 011-972-2-5868201.

Israel MUST Protect its Heritage 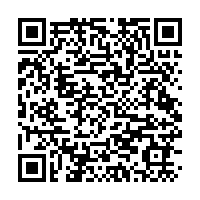