Controlling behavior may be the #1 reason that your marriage needs first aid.

If you are unfamiliar with the topic of control, it’s no surprise. Most people are unaware that control is a major topic for counselors, therapists and psychologists-at-large, which until recently has not entered into the public’s attention.

Now many counselors are beginning to talk about control, including one of the leading Orthodox experts on marriage and relationships, Rabbi Abraham J. Twerski, M.D. – who wrote an entire book on the topic. In Successful Relationships: At Home, at Work, and with Friends: Bringing Control Issues Under Control, Rabbi Twerski explains that, “Everyone may have the need to wield control, and there are many relationships which may indeed require control. Exceeding an acceptable amount of control invites trouble.”

Trouble, indeed. Think about your relationships. Which ones do you find meaningful and enjoyable, and which ones do you avoid like the plague? Take your friends, for example. Do you try to control them, tell them what to do, yell at them, kvetch when you don’t get what you want right away? Probably not. So why do we feel free to try to control our closest and most intimate relationships? Perhaps this is due to human nature taking over. When we are married and live with someone for many years, we get accustomed to their habits; we get used to their small idiosyncrasies and begin to take for granted that, on some level, they exist to fulfill our needs.

Did you ever wonder why people who have been married for 20, 30 or more years can claim that they love each other but are always yelling at one another? I see these kinds of couples all the time – and not just in my office. Last summer I took my children to an amusement park and had to wait in lines for hours under the hot August heat. Standing next to me was a couple that must have been in their late 40s, with four children around ages 17, 13, 12, and 8. They all seemed on edge and upset about standing in line, with hundreds of people in front of them waiting to take a 90-second plunge down the latest monster roller coaster. Their conversation went something like this:

Husband (to wife): I am getting so tired standing here!

Wife (to husband): I told you about the long lines.

Husband: Why can’t they make this go quicker?

Wife: There you go again, blaming everybody.

Husband: Blaming? That’s your job around here. You are so hot-tempered today; I ‘m losing my cool.

Wife (trying to hush him while everybody was listening to their little fight): Okay, I can’t stand it when you berate me in public!

At this point their 12-year-old and eight-year-old children started pushing each other, and the younger one started crying. The mother then started yelling at her oldest son to behave better, and the father turned around and screamed, “Cut it out or go home!”

This all points to the fact that deep down inside, people believe that they somehow can control each other’s behavior. In this family, for example, the father thought that he could control the people waiting in line and started complaining out loud. His wife thought she could control her husband’s outbursts by putting him down and by doing so defuse his behavior. The husband then tried controlling her, and started ranting and raving about her negative attitude. And once again, the wife tried controlling her whole family so that they wouldn’t look silly in front of the other customers.

You’ll notice from this family that the need for control is often circular. First you try to control someone; then, in response, they try to control you back. That makes you even angrier and intensifies your desire to gain even more control in the relationship.

That’s why, as a counselor, I often find myself teaching couples how to moderate their level of control and increase their levels of mutual respect. The line of reasoning flows like this:

Less control and more focus on the relationship = healthy marriages.

More control and less focus on the relationship = unhealthy marriages.

When people are less controlling in marriage they are a lot more pleasant to be around. They also find it easier to create loving and supportive relationships. Living with a high controller is much more difficult. They tend to create emotional distance, and the people living with them develop the following beliefs about themselves:

● They are stuck with another person’s definition of them.

● They do not have the right to their own opinions.

● They can earn love and acceptance by abdicating control to another person.

● They are “successful” if they fulfill another person’s vision, even when it does not in any way support their own. 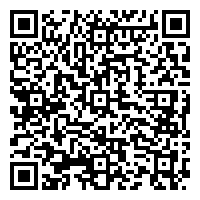