But in spite of the pepper,
The salt and the sage,
The onions and garlic and oil,
Nobody could touch
A bite of that brat
Because she was so spoiled.

In 1996, Shel Silverstein published his book of poetry Falling Up with the above poem entitled “Spoiled Brat.” However, spoiled children have been in literature, the news, and our collective consciousness for many years before. At least that’s what Alfie Kohn, the author of The Myth of the Spoiled Child: Coddled Kids, Helicopter Parents, and Other Phony Crises is attempting to prove.

It is said that today’s parents “coddle” their children or are overly permissive with them. Psychologists and journalists argue that in this new age of parenting, we are producing entitled and spoiled children. Kohn argues that the newness of this phenomenon and the idea that parents create it through permissiveness is a misconception.

He points out that in January 1950 Parents magazine ran an article entitled “When and How to Say No” that condemned parents for being “unable to take the responsibility for being grown up and making decisions.” In 1963, Martha Weinman Lear published a book entitled, The Child Worshippers, and made the bold statement, “We are living, like it or not… in a child-centered society.” She went so far to say that it had become a “national epidemic.”

So, why Kohn asked, when Newsweek published an article a few years ago asking the question, “Are We Living in a Child-Centered World?” were we made to think that this was a 21st century parenting singularity?

Kohn also helps explain what we mean when we say “permissiveness” today – and how people argue that could lead to spoiled children:

It doesn’t signify humane treatment or a willingness to nurse infants when they’re hungry; it means coddling kids in a way that’s unhealthy by definition… Permissive parenting these days is understood by the general public as well as by developmental psychologists to refer to an approach in which demands and limits are rarely imposed and children are pretty much free to do what they like.

Through exhaustive research, Kohn attempts to prove that as a nation, Americans are not practicing permissive parenting. Rather, many American parents are helicopter parents, hovering over their children to ensure that all is under control. He also argues that permissive parenting does not correlate with spoiled children.

I have to say that while I agree with much of Kohn’s focus on doing the research rather than simply accepting these statements as true, it’s important for me to note that I am presenting his opinion here that most parents are not permissive and that permissiveness does not lead to spoiled children. What we need to focus on is setting positive boundaries, creating responsibility, providing independence, and building self-esteem grounded in reality.

What Kohn recommends is “working-with” parenting rather than “doing-to” parenting. To that end, he suggests collaboration over control, and love and reason over power. Those broad statements make a lot of sense: working together with your child to create independence rather than planning everything and creating dependency. The details of this working with parenting style is a whole other story.

Kohn argues that this “working with” parenting style needs to include the following elements in order to be successful.

Accepting children unconditionally – loving them for who they are, not for what they do.

Providing regular opportunities for children to make decisions about matters that affect them.

Focusing more on meeting children’s needs and providing guidance than on eliciting compliance.

Regarding misbehavior as an occasion for problem solving and teaching, rather than as an infraction for which the child should be subjected to punitive “consequences,” and

Looking beneath a child’s behavior in order to understand the motives and reason that underlie it.

Have we produced a generation of children who are spoiled and entitled? Perhaps yes, perhaps no. Are we the first generation of parents to experience this? Kohn’s evidence is certainly convincing that that piece of the puzzle is a myth. How we go about changing this ensuring that our children will live independent unspoiled lives can take up a whole series of books and articles and is definitely worth exploring. 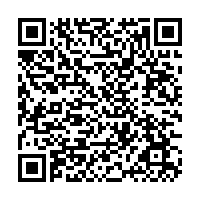