Some 30 staff members who refused to return to Israel without their wounded colleague arrived safely home in the Jewish State Monday night, led by Israeli Ambassador to Jordan Einat Shlain, together with the embassy’s security officer, who was attacked Sunday in Amman by a young Jordanian terrorist.

The Prime Minister’s Office said in a statement late Monday evening: “The staff of the Israeli embassy in Jordan, headed by Ambassador Einat Shlain, arrived in Israel a short time ago via the Allenby crossing. Among the crew members is the security officer who was injured last night in the stabbing attack in Amman. All emissaries [were returned] peacefully.

“The return of the emissaries was made possible by the close cooperation between Israel and Jordan in the last 24 hours. Prime Minister Benjamin Netanyahu spoke a short while ago with the ambassador and the security officer, asked about their safety and congratulated them,” the statement concluded.

The 17-year-old attacker stabbed the security officer in the chest and in the back, but his target pulled out his weapon opened fire at the terrorist, resulting in his death. A stray bullet also killed a second Jordanian man who was in the room as well.

Jordanian police refused to allow the wounded security officer to leave the country and insisted on taking him into custody for interrogation. Israel refused to allow Jordan to take custody of the officer, citing the Vienna Convention that grants diplomatic immunity to embassy staff. Thus began a standoff that led to riots and protests by Jordanian citizens, and efforts by both sides to resolve the issue as quickly as possible.

Israel agreed that Jordanian police can go to the Israeli embassy with Israeli diplomats and hear the security officers’ version of what happened. They did, they heard. One hour later, everyone passed through Allenby bridge border crossing into Israel.

There is rampant speculation among Israeli media that Prime Minister Benjamin Netanyahu cut a deal with Jordan to remove metal detectors that were installed last week at the entrances to the Temple Mount, within the coming days.

The issue of the metal detectors is one that has been used as an excuse by the Palestinian Authority to create a firestorm of fury within the rest of the Arab world, including in Jordan.

Prime Minister Netanyahu spoke with King Abdullah II Monday morning to discuss the rising tensions over the attack on the embassy officer and the resulting deaths of the two Jordanians. They also discusssed the escalating violence and ongoing incitement that is being further encouraged by the Palestinian Authority, as well as by elements in Jordan.

There were rumors in Israel that the Hashemite monarch was refusing to release the security officer unless Israel removed the metal detectors from the entrances to the Temple Mount.

Foreign Ministry spokesperson Emmanuel Nachshon refused to confirm or deny the reports in a conversation with JewishPress.com, deferring the issue instead to “the Prime Minister’s Office.” 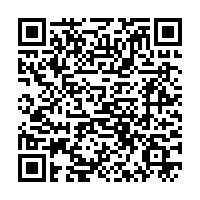