In his book, The Happiness Hypothesis, Jonathan Haidt explains that our brains are split into two: an emotional side and a rational side. Haidt compares these two sides to an elephant and a rider. Our rational side, or rider, knows that we want to stop eating because we are full or have to get up early in order to be prepared for the day. On the other hand, our emotional side, or elephant, likes the way the food makes us feel and wants to stay cuddled under warm covers on a dark morning. There is also an upside to the elephant; as the emotional seat of the brain, it houses love, compassion, and loyalty. The elephant is the part of your brain that instinctively protects your kids and helps you stand up for yourself. Conversely, there is a downside to the rider. The rider over analyzes everything and “spins his wheels,” refusing to make a decision until all elements are weighed.

The metaphor continues: The rider holds the reins and directs the elephant. However, this does not always go smoothly because the elephant is large and powerful and the rider so small in comparison.

In order to affect change, you need both the elephant and the rider to work together. You need planning and direction (the rider) and energy and passion (the elephant). Often, when efforts fail on the individual level, it is the elephant’s fault – he chooses short-term gratification over long-term gains.

In their book, Switch: How to Change Things When Change is Hard, Chip and Dan Heath give a three-step framework that they believe can help everyone, from individuals to organizations, more easily affect change.

Of course, even Chip and Dan Heath explain that this framework does not always work. Lots of messy things happen with change. However, it does make change easier.

Another famous approach to change was recently publicized by Charles Duhigg in his bestselling book, The Power of Habit: Why We Do What We Do In Life and Business. Duhigg argues that most of the choices we make each day may feel like products of well-considered decision making, but in reality, they are not. He explains:

They are habits. And though each habit means relatively little on its own, over time, the meals we order, what we say to our kids each night, whether we save or spend, how often we exercise, and the way we organize our thoughts and work routines have enormous impacts on our heath, productivity, financial security, and happiness. One paper published by a Duke University researcher in 2006 found that more than 40 percent of the actions people performed each day weren’t actual decisions, but habits.

Duhigg’s research not only explains why habits work, but also how they change. With this understanding you can truly improve your life one baby step at a time. Duhigg presents the reader with Lisa Allen, a once overweight, chain-smoking, debt-laden woman who with one simple change became a fit, vibrant, highly-employed graphic designer.

Can habits really affect your life so profoundly? Duhigg argues that the answer is “yes.” And, he has the research to prove it.

The process of forming a habit is a three-step loop within our brains. First, there is a cue,or a trigger that signals your brain to go on “automatic.” Then, there is the routine,or the response, whether it is physical, mental or emotional. Lastly, there is the reward,which helps your mind figure out if this loop is worth recalling for the future. The following is a diagram of the habit loop:

With time, this loop becomes more and more automatic. The cue and the reward become interconnected until your brain anticipates the reward as soon as it hears, sees, or touches the cue. In this way, the routine action becomes a habit – a powerful craving for a reward whenever the trigger is activated.

Now, of course, habits are not fixed in stone. Duhigg writes, “Habits can be ignored, changed, or replaced.” However, they are powerful because unless you actively work on fighting it, your brain stops fully participating in decision-making and focuses on other tasks. Therefore, unless you create new routines, the original habit (or routine) will progress automatically.

The more we understand our habits, the easier they are to break down into individual parts and change so we can lead happier, more fulfilled lives. The trick is not to get rid of habits, but to create ones that are more in line with our needs and values. After all, without habits we would be consumed by the minutiae of our everyday lives. Even basic activities would seem daunting if we did not have an automatic routine to fall back on. Thus, the goal is to change existing negative habits into ones that work within our desired lifestyles.

The Golden Rule of Habit Change

As we said, you cannot get rid of a bad habit, you can only change it. But, how? In essence, you use the same cue, provide the same reward, but change the routine in the middle.

Let’s take Gila. She bites her nails, but has no idea why. When asked to think about it and record when she does it, she realizes that she bites when she is bored. When put in a boring situation, Gila worked through all of her nails and felt a “sense of completeness.” That physical stimulation or sense of completeness, at its root, is the reward for the Gila’s nail-biting habit.

The cue for Gila’s nail biting is boredom and is usually signified by a slight tingling in her fingers, her routine is biting her nails, and the reward is the physical sensation of completeness. In order to change this habit, Gila can keep the cue (the tingling sensation) and the reward (the sensation of completeness), but change the routine. Instead of biting her nails, when Gila experiences the cue, she could sit on her hands. With enough repetition of cue, routine, and reward, Gila’s brain will eventually be “reprogrammed” to habitually sit on her hands rather than bite her fingernails.

That said, it is important to note that changing deeply ingrained habits such as overeating or smoking is not easily accomplished. It requires determination, but understanding the way that habits work helps people attack the problem at its root and gain insights into creating new habits.

If you want to affect change, Chip and Dan Heath and Charles Duhigg have different approaches, but they share the common thread of persistence and effort. And all three believe that change is possible! 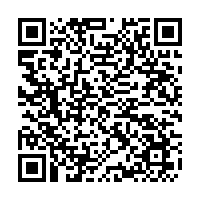