A tremendous crash was heard along with thousands of somber cries. The buildings were going down and hundreds of innocent people were plummeting along with it. It was a day with an infinite amount of horrific memories – September 11, 2001.

This event had many repercussions, of course – one of them being the loss of our civil rights. This year, we learned that the government has overstepped its legal rights and is spying on us.


An unpleasant feeling of insecurity was felt by all after this surprise attack. There were many thoughts running through people’s minds. How could the government not know about this evil scheme? Will something like this ever occur again? Are we really as safe as we think we are? People were afraid. Comprehending the state the country was in, the government took action. The Patriot Act was passed in order to ensure the safety of its citizens. It acted as an Anti-Terrorist Bill, allowing the government to investigate its citizens only when there was suspicion of terrorism.

I do admit that the Patriot Act was originally issued for a greatly needed cause. However, what started out as a means of protection enabled the government to invade the privacy of its citizens.

In fact, this law violates the Constitution in more than one way. Former Vice President Al Gore was reported to have said, “The NSA surveillance violates the Constitution… The Fourth Amendment language is crystal clear. It isn’t acceptable to have a secret interpretation of a law that goes far beyond any reasonable reading of either the law or the Constitution and then classify as top secret what the law actually is.” We were told that the Patriot Act would only be used to spy when necessary to prevent terrorism. However, Edward Snowden leaked thousands of documents showing that the government is secretly spying on every one of us.

If at the moment you’re thinking that you personally have never been spied on, I’ve got news for you. If you’re part of the 95% of Americans who own an Apple device, you’re being spied on at this very moment. Apple uses its “Location Services” to track down where you are 24/7. You, however, have the power to stop it by following a few simple steps. Go to Privacy under settings and hit Location Services. Scroll down to the last option and press System Services. Proceed down to Frequent Locations, where you’ll see exact times and locations you’ve recently been. Turn off Frequent Locations to stop the tracking.

Don’t get too upset; unlike some companies, Apple is making changes. The new iPhone 6 has an encryption that prevents the company or anyone but the device’s owner from gaining access to the vast troves of data typically stored on smartphones and tablets. You set a password and only by entering it can the data saved by the device be accessed. “Unlike our competitors, Apple cannot bypass your passcode and therefore cannot access this data,” Apple announced on its website. ”So it’s not feasible for us to respond to the government warrants for the extraction of this data from devices in their possession running iOS 8.”

“This is a great move,” said Christopher Soghian, principal technologist for the American Civil Liberties Union. “Particularly after the Snowden disclosures, Apple seems to understand that consumers want companies to put their privacy first. However, I suspect there are going to be a lot of unhappy law enforcement officials.” Although officials might be upset with this, this move will definitely improve our protection.

Allow me to pose a question. If you knew you were being secretly spied on all the time, would you be okay with it? We have choice – but we have to speak up before it’s too late. 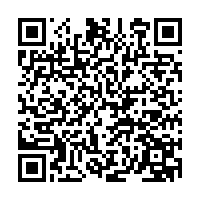