I’m not crazy, not really.
I know I act strange at times.
I know I ask too many questions.
I know the door was locked, and you watched me turn the car around… again… to check the lock… again.

But I’m not crazy.

Her hands are red and raw.
She hides them in her lap or behind her back.
But still, she wonders if they’re really clean.
“I did touch the door knob, not with my hands, of course, with my sleeve.
But now I’ve touched my sleeve.”
She needs to wash her hands again.

But she’s not crazy…

She walked through the door, but she didn’t do it right.
She knows it was the eighth time.
“One more time, I’ve got to get it right.”
If she doesn’t do it right, something may happen to her mother.

But she’s not crazy.

I remember the stares, the whispers, the worried faces and the laughs.
Each day, the memories fade a little more.
But I remember so well, the kind support, the gentle encouragement,
And the firm insistence that I resist my temptation
To quit trying and give in to my compulsions.
I remember the times my loved ones laughed with me

When I was finally able to see the humor in my behavior and thoughts.
They rejoiced in my success, even my small steps toward success.
Most of all, I remember the love and prayers.

I think I speak for many with this strange illness called OCD,
“Thank you who have supported me and others with OCD.
Without you, our recovery would be slower.
We might not see the need for recovery, we might lose hope.”
To those who laugh and stare and whisper – to you I say, “I’m not crazy.” – Cherry Pedrick

The above poem, written by someone who suffers from Obsessive Compulsive Disorder (OCD) is a peek into the lives of those who struggle daily with an anxiety disorder.

What is Obsessive Compulsive Disorder (OCD)?

OCD is characterized by intrusive thoughts that produce anxiety. With OCD, persistent worries and repetitive rituals can be debilitating. Like the poem above, some with OCD have an obsessive fear of germs and may wash their hands constantly or bathe several times a day. Others with OCD may check door locks and oven dials dozens of times before leaving home. OCD tends to run in families and research shows that there might be a genetic component. According to a recent New York Times article, Obsessive Compulsive Disorder affects over 2.2 million Americans.

People who have OCD have a hard time making decisions, even relatively simple ones, such as what to eat for lunch and what shirt to wear to work, fearing that a wrong choice could end up having disastrous consequences for themselves or others. In my children’s book My Friend, the Worrier, I explain the very real issues associated with OCD in a colorful way so that children can understand.

Dr. Chelsea Lowe, in her book, The Everything Health Guide to OCD, writes, “The United Nations World Health Organization lists OCD as one of the ten most debilitating illnesses when looked at in terms of loss of income and diminished quality of life – to say nothing of the problems it can cause in the sufferer’s interpersonal relationships.” Therefore, Cherry’s problem, while quite serious, is not unique or irreparable.

How can you treat OCD?

There are several viable options for dealing with OCD varying from “talk therapies” to homeopathic remedies. Here are some options that work for many people who struggle with OCD:

Exposure: A popular form of treatment for OCD is a gradual exposure of the sufferer to their feared obsession in a safe and comfortable environment. This measured contact with the thing that scares them the most teaches the person with OCD to become less sensitive to their fears. Of course, exposure must be done in a professional and safe setting, otherwise symptoms could be aggravated.

Exercise: Both adults and children with OCD can benefit from moderately intense exercise. Investigators at Arizona State University found that patients who participated in at least 21 minutes daily of aerobic exercise experienced a reduction in anxiety. Adults can walk, bike, run or swim and children can participate in sports activities or games. Because exercise reduces anxiety in general, it can lead to a reduction in the anxious symptoms of OCD.

Relaxation Breathing: Albert Ellis, the father of Rational Emotive Behavior Therapy, recommends yogic breathing to relieve sudden panic. Yogic breathing consists of holding the exhale for twice as long as the inhale. This allows the body to use the oxygen in air to calm the body. Practicing relaxation breathing in moment of extreme stress, like when being faced with a feared obsession, will give the body a few moments to recover so the person can begin to think clearly.

Vitamins: The journal General Psychiatry published an article stating that omega-3 fatty acids found in fish such as salmon are essential for proper brain function and can alleviate depression and anxiety associated with OCD. High quality fish oils contain omega-3 fatty acids that the body converts into compounds that enhance the production of serotonin in the brain. Because serotonin is a neurotransmitter associated with the feeling of happiness, the more serotonin produced, the happier and calmer a person feels.

Medication: If all else fails, OCD can be treated with antidepressant drugs that increase the level of serotonin, effectively having the same result as exercise and vitamins. Without a doubt, these medications need to be prescribed by a licensed psychiatrist.

Within the Orthodox Jewish community, OCD is commonly manifested because of the rituals of everyday religious life that play into a person’s obsessive nature. Ensuring that one says the proper brachos, kisses the mezuzah, and removes chametz on Pesach are regular components of daily Jewish existence. However, someone with OCD will obsess over whether they have said the correct bracha or if they have remembered to say the bracha at all. An OCD sufferer will clean his or her house hundreds of times before Pesach, imagining invisible crumbs that need to be routed out with power-washers and toothbrushes. Obsessive Compulsive Disorder can turn a spiritual and fulfilling ritual into an exercise in fear and frustration. It is therefore essential to assertively address the issue of OCD to create a better quality of both personal and religious life.

When It All Depends On You 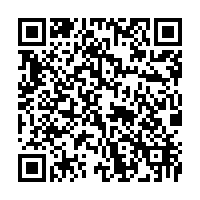