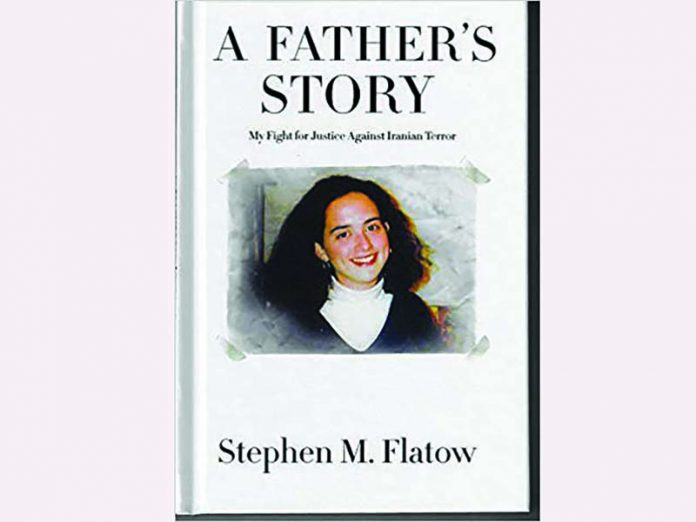 
When Stephen Flatow was called to the witness stand at a crucial point in his courageous battle to make Iran accountable for the terrorism that claimed the life of his beloved daughter, he said four words that explain the inspiration of his recently-published book.

“You were the father of Alisa Flatow?” his lawyer, Tom Fay, asked him.

The lawyer looked lost. A strange expression came over his face.

A Father’s Story: My Fight for Justice Against Iranian Terror is a riveting read that can serve as a primer on how to uphold basic civilized principles, but it is first and foremost a testament to a bereaved father’s respect and love for his daughter.

Flatow’s warm, humorous way of telling the story of Alisa’s too short life and Alisa’s radiant smile on the book’s cover engage the reader’s heart and bring home, as no statistics can, the depths of evil wrought by terror in our world.

Alisa, gently but tenaciously, changed her family’s religious observance level all by herself, beginning at age four when she refused to go to a public school and insisted on going to “a Jewish school.” She went on to become an honors student at Brandeis, completing three years’ work in two-and-a-half so she could study full time at Jerusalem’s Nishmat Advanced Torah Study Institute for Women.

Her love for Israel – a country she visited six times – is what put her on the fatal bus traveling to Gush Katif on April 9, 1995 to spend what were supposed to be an enjoyable few days in the beautiful communities that are no more since Israel’s 2005 withdrawal from Gaza. Not that it makes a difference where the vivacious 20-year-old was. Terror attacks have occurred on buses, on the street, in synagogues and yeshivas, at Seders in hotels, at parties in discotheques, and in private homes.

The attacks last week in Israel have once again brought to the fore the blind Islamist hatred for the Jewish people and the Jewish state they’ve succeeded in rebuilding. Leading, directing and funding this hate is the Islamic Republic of Iran, whose mullahs call the U.S. and Israel the big and little Satan, respectively.

The landmark lawsuit that Stephen Flatow – “just a real estate lawyer in New Jersey,” according to his own self-deprecating description – brought against Iran makes A Father’s Story an important book. It relates the fascinating history of the mission impossible Flatow set out to accomplish – and did, against all odds. Years of unflagging efforts, thorough research, brilliant legal moves by experts, all motivated by an unwavering sense of justice – not revenge – ended when Iran was made to pay a staggering financial price for its part in Alisa’s murder.

Flatow set a precedent. He showed how it can be done, not giving up when he found himself at odds with the interests of powerful U.S. political figures, including then President Clinton and his aides. Attempts to stymie him meant that even obtaining the list of Iranian assets in the U.S. was a battle.

For those to whom the world of politics is unfamiliar territory, A Father’s Story is an eye opener as far as learning how legislation is advanced and how strongly interests, rather than truth and fair play, shape so many decisions. For those who are less naïve, it is heartening to read how two dedicated U.S. senators, Frank Lautenberg and Connie Mack, among others, helped Flatow get past the roadblocks placed in his way.

There is a moral lesson here: There has to be accountability, whether or not it has a wide-ranging effect on future attacks. I remember decision-makers years ago saying to me that getting rid of Yasser Arafat or Sheikh Yassin would make no difference because others just as murderous, if not more so, would take their place. But they were missing the point. People or entities that enable evil must be punished, whether or not that punishment will bring the evil to an end.

Stephen Flatow did what the Western powers could have done, but did not. He held Iran responsible for terror and made it pay, hitting the mullahs where it hurt. Terror is spiraling upward because no Western power except the United States under Donald Trump is willing to do that. Imagine if all those who signed the ill-conceived Iran deal had acted as Flatow did and, instead of giving Iran money and turned a blind eye to its funding of terror, decided to hit the mullahs harder than a lone U.S. citizen ever could.

Although Flatow received a massive amount of money – most of which he gave to charity – he can never be compensated for his daughter’s death. But the West can prevent other parents from suffering the grief he did. That it consistently fails to do so is unforgivable. 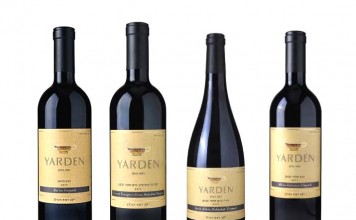 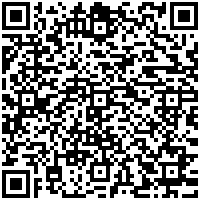