Avromi spent his early years working on a farm. At twenty-three, he ran for a seat in the state legislature. After losing the election, he began a business. The business failed and when Avromi and his partner were not able to repay the loan they had taken out, all of their possessions were seized by the authorities. Then, his business partner died without any money to his name, and Avromi took on his debt too.

With the business lost, Avromi ran again for state legislature. This time, he won a seat. He was so poor that he had to borrow money to buy his first real suit. He served as a legislator for many years, eventually earning a law degree. Later, Avromi decided to run for the Senate. At age forty-five, Avromi knew this battle would be difficult, but he was willing to chance it. At first, Avromi was a frontrunner, but with time he realized that if he stayed in the race a different candidate, someone who was corrupt and devious, would end up winning. So he withdrew and asked his supporters to vote for a third party. With Avromi’s support, that third party was elected to the Senate. More important to Avromi, the corrupt candidate did not win.


Avromi often put other people’s interests before his own: he would not defend people whom he believed were guilty (even if they were willing to pay him a lot of money). Later, Avromi did successfully run for Senate. And, then much later, he was elected president. As president, he filled his cabinet with people who were rivals, not his friends.

So, who was Avromi? Avromi is actually a pseudonym for Abraham Lincoln, perhaps the most respected and effective president of the United States. Adam Grant, in his book, Givers and Takers: A Revolutionary Approach to Success, explains that it was Lincoln’s capacity to put the nation’s health in front of his own ego that helped him ultimately succeed.

Givers: givers are people who give more than they get. They are focused on others, and therefore pay more attention to what other people need from them. Grant writes, “If you are a giver at work, you simply strive to be generous in sharing your time, energy, knowledge, skills, ideas, and connections with other people who can benefit from them.”

Takers: Takers like to get more than they give. Because takers believe that the world is a competitive, dog-eat-dog place, they feel that in order to succeed they need to be better than others. They are focused on themselves, rather than on others.

Matchers: Especially in the workplace, most people function as matchers. Matchers attempt to create a balance between giving and taking. Matchers’ relationships are ruled by an exchange of favors. If someone does something for you, you will do something for him or her.

In our personal relationships, most of us are givers. This works well if you consider that when you love someone you put his or her needs before yours. In the workplace, many of us function as matchers, but what research has shown is that the people who truly succeed are actually givers.

Why do givers succeed?

If you look at the success rate of givers on a small scale (students who always lend their notes, teachers who constantly share their lesson plans, psychologists who sit on panels on a pro-bono basis), you might think that they are “losing.” The student who lends her notes enables others to do just as well on tests as she does. The teacher who shares her lesson plans allows her colleagues to look well-prepared and innovative. The psychologist who speaks on panels for free is giving out advice without a paycheck. And, while all of this is true in the short term, in the long term, those givers win. 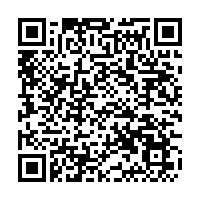