One disorder they may affect the lives of up to 3% of all children is OCD. That may not be a large amount of children, but if it’s your child the problem may seem ominous. I know that many people throw the term OCD around loosely and I wanted to help clarify exactly what it means.

To begin with, OCD is one of the many anxiety spectrum disorders. Other forms of anxiety include: social phobia, phobias of people, places and things, separation anxiety and panic attacks. OCD is perhaps the most debilitating form of anxiety disorders and needs to be treated by an expert.


For the observer, OCD looks silly – as if the person they are watching is doing repetitive or ritualistic behaviors over and over again for no reason at all. However, to the person suffering with OCD, life can be extremely painful and debilitating.

OCD is a combination of both obsessions and compulsions. A compulsion is a repetitive action. But what underlies the compulsion is an obsession or fear. For example, if you ask a person why he constantly washes his hands, he will probably tell you that they are fearful of germs and of contamination. But that is only one fear. Often my patients have told me of numerous fears including: their parents will be sick if they don’t wash, they may be kidnapped, or that something tragic may happen to their siblings.

What the compulsion does is temporarily suspend and reduce the initial obsession. As in the example mentioned above, the OCD individual may feel that by washing his hands or tapping the wall, he calms his fears. Of course,, this causes its own problems, as he becomes conditioned to continuously allaying his fears by washing and is “rewarded” each time with a reduction of anxiety which causes him to do it over and over again.

The most powerful form of behavioral therapy for OCD is called E/RP or exposure and response prevention. This therapy exposes the OCD individual to his or her fears and reduces the compulsive behavior. The theory is that the more one avoids one’s fears, the greater the anxiety grows. Conversely, the more we gradually expose patients to their fears (and teach them to tolerate them) the quicker they can be helped.

A beautiful example I give my clients about exposure therapy is going into a pool of water. When you first get your feet wet they feel cold. If you stay in the water for a few minutes your feet warm up. Its the same with anxiety: the more you stay in there, the quicker you get used to it or “habituate.”

The way to treat OCD individuals is by gradually exposing them to their fears while at the same time, help them to reduce their repetitive behavior. For the child who washes his hands before going to the bathroom I would ask him to face his fears while avoiding washing repetitively.

We do this by giving them a “script” that they can read or listen to that states that their fears may or may not come true. If they do come true, then they will have to deal with them when they arrive. Most importantly, it would be better to live with the uncertainty and move on, rather than live a life of or torment and pain.

Exposure therapy for OCD is the golden road to possible recovery. Many sufferers may be helped, but its important to see a licensed therapist who understands how to diagnose and suggest the proper kinds of exposures and scripts needed to break free. 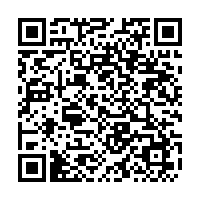