Like medical doctors, every therapist is tormented at times with the question of the hopelessness or hopefulness of a marriage or any other relationship. Everyone is anxious to know if the “broken” spouse/child/parent/sibling can be fixed. With desperation in their voices, they ask, “Can medication, therapy or other interventions turn him/her around and stop him/her from being so depressed, anxious, addicted or angry?” How can a therapist say, “There is no hope.”? We are trained to be hopeful, to give a lot of advice and to try an endless variety of interventions. Many therapists feel that no marriage is hopeless, that with a little more of the Three A’s [affection, attention and appreciation], any relationship can be terrific. After all, people addicted to junk food do join support groups and lose weight, just as smokers give up cigarettes and internet addicts set firm limits on themselves. So who is to say that a nasty-tempered, lazy, irresponsible, untrustworthy and self-centered person cannot improve?

Yes, anyone can change. However, before change takes place, four conditions must be met: 1) The person must be aware that something is wrong. 2) He must feel ashamed of his behavior. 3) He must realize that he alone is responsible for his actions and not blame others or circumstance. 4) He must be willing to put endless hours of effort into learning healthier habits and practicing them over and over again, as the Rambam prescribes in Hilchos Deos (Perek 1, Ch. 1):

“The sages taught, ‘Even as G-d is called gracious, so be gracious; even as He is called merciful, so be merciful; even as He is called holy, be holy, [i.e.,] long suffering, abounding in kindness, righteous and upright, perfect, mighty and powerful.’ These qualities are good and right and a human being should cultivate them, and thus imitate G-d, as far as he can. How shall a man train himself in these dispositions so that they become ingrained? Let him practice again and again and repeat them continually until they become easy and are no longer irksome to him.”

Just as it takes effort to learn to play an instrument or be fluent in a new language, it takes enormous effort for some people to be kind-hearted, diligent, responsible, reliable and reasonable. Nothing good happens without constant effort. And the impetus for this change must come from within the person. The world’s best therapists and the most loving spouse cannot succeed in getting a smoker to quit or an internet addict to turn off the computer or a compulsive criticizer to treat others with love and respect unless the person himself says, “Enough! I want to stop hurting myself and everyone around me! I’m willing to go through whatever it takes, including the pain of feeling deprived, depressed and even a little insane, to shed my old habits and become a self-respecting and loving human being.” Until he humbly realizes that he needs help and that he wants to leave the darkness, his current personality will dominate.

Very often, a suffering spouse is told by his or her adviser, “If you show love and respect, the person will soon give you love and respect in return.” So the spouse returns home, full of hope, determined to overlook all flaws, to be silent when insulted and to be compliant and accommodating – 24/7. And when things don’t change, the hapless spouse feels ashamed, sure that, “I must not have tried hard enough, didn’t do enough. I’m a failure for not being able to get him/her to change.”

But change cannot take place when one side takes 100 percent responsibility for making change happen and the other side does nothing. If the person is so seriously addicted or broken by early abuse, abandonment or trauma that they do not even realize that their behavior needs changing, no amount of outside pressure will pull them out of the darkness. According to the Midrash, only 20 percent of the Israelites partook in the exodus from Egypt; 80 percent were left behind. Interestingly, according to statistics, about 20 percent of those who join self-help groups succeed in becoming self-reliant.

I have met many good-natured people who suffered horrific abuse or were highly addicted, and then thanks to a recovery program, became fully dedicated to healing. Healing means that they do everything in their power to act in a loving manner, to whatever extent they can manage to do so, at any given moment. They control their anger, do not give in to harmful temptations and model good middos. The key is action. Sitting in a therapist’s office and talking will not create change. They must get out into the real world and act in a responsible manner. If a person is so wrapped up in his own misery or addictive cravings that he can think of no one but himself, there is no way that the person will change.

Signs that the person is not really interested in change at this time:

The person blames you, or others, for his addictions and outbursts.
The person makes excuses for his addictions and outbursts, e.g., “I was frustrated/provoked/nervous/hungry/exhausted/sick/fired from my job, etc.”
When confronted, the person denies that he has a problem.
The person continues to harm himself or others.
The person keeps saying, “I cannot control myself.”
The person justifies his nastiness, saying, “I was just being honest.” Or, “This is the only way I know to get you to give me what I want!”
They demand that you prove your “love,” by forcing you to be subservient to them or to indulge in their addictions as well.
The person gets pleasure from demeaning, dominating and destroying you or himself.

Don’t feel guilty or ashamed if you are unable to extricate your spouse, sibling, parent or child from whatever illness or addiction is holding them captive. As more and more people seem to fall victim to emotional illnesses and addictions, those of us who want to help must be careful not to be drawn into the chaos along with them.

(My popular SANITY CARDS for adults are now available for children in Hebrew and should be available in English by September. These cards show children how to face life’s frustrations and disappointments in a calm manner! This training may lessen or eliminate the need for psychiatric care in the future. Each set is $10. Send to 13/5 Uzrad, Jerusalem 97277 or 2700 W. Chase, Chicago, 60645. I can be reached at emett@netvision.net.il, 011-972-2-5868201 or www.miriamadahan.com

G-d bless all of you who contribute to the ADAHAN FUND. Your donations are given directly to the many impoverished people who turn to me for help.) 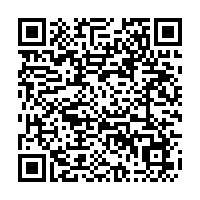