Have you ever had experience with a plumber who takes forever, manages to unclog the toilet but leaves a mess behind him, or an accountant who keeps applying for extensions because he can’t get to your taxes?

Your experience with someone who consistently under-functions might have come in the form of a co-worker who means well and is good-natured, but fails to carry out her share of the workload. Or when she does pull her weight, creates such disarray you wish she had left matters alone.

It may be the person who is chronically late, always missing appointments or deadlines, or is behind in housework or paying the bills. How about the friend/neighbor/family member who is quick to come up with great ideas, but seldom carries any of them out?

Like the underachieving student, the countless adults who promise but don’t deliver, who just cannot seem to get the job done, are often disdained as incompetent, irresponsible and lazy. Countless domestic battles have been fought over what educational experts call “chronic output failure.”

What are the causes behind output failure? Are we discussing actual dysfunctions of the brain – or does the term merely whitewash certain flaws in character?

It depends, say experts. “Output failure may indeed stem from flaws in character as well as from the lack of basic training in childhood,” acknowledges noted pediatrician and education specialist Dr. Mel Levine in The Myth of Laziness.

“In many other cases, however, output failure occurs when despite a person’s best efforts and most earnest intentions, one or more well-defined dysfunctions sabotage his productivity.

“What is more, considerable evidence shows that all too often the identical dysfunctions that plague children, if left unaddressed, go on to affect adult productivity as well.”

Problems With Time
Management and Prioritizing

Students who manifest output failure may have serious problems getting organized and learning how to prioritize. They may find it disproportionately hard to put their thoughts into words – orally or in writing – to keep track of belongings, and cope with “multi-tasking” (focusing on a project that has a number of parts to it).

Countless students (as well as many adults), lack a sense of time and timing. Their trouble with time management includes problems with punctuality, meeting deadlines and never sensing accurately how long it will take to do something.

Students like these are in a proverbial “time warp.” Some become world-class procrastinators, doing everything at the last minute, often in a state of panic.

Some have weak fine-motor coordination and find the mechanics of writing overwhelmingly difficult and tedious. Still others lack the mental energy and sufficient mental stamina to keep at a task until it is completed.

Another, newer term for “out-put failure” is Executive Function Disorder (EFD). The National Center for Learning Disabilities defines executive function as a term used “to describe a set of mental processes that helps us connect past experience with present action.” We use executive functions when we perform such activities as planning, organizing, strategizing and paying attention to and remembering details. People with Executive Function Disorder have difficulty with planning, organizing and managing time and space. They also show weakness with “working memory” (or “seeing in your mind’s eye”), which is an important tool in guiding one’s actions.

Serious efforts to tackle dysfunctions such as these in the younger years may yield significant and lasting results, experts say. Breaking the child’s difficulties down into small doses so that he no longer feels overwhelmed or despairing is one of the most effective approaches in combating the dysfunction.

An intensive evaluation can uncover children and adults’ strengths and weaknesses, and explore whether there were complicating factors in their personal life. It also addresses the following key questions:

What specific forms of dysfunction are operating? Is it attention control? Is it memory or mental energy level? Is it language? Is it motor function? Is it conceptualization?

I share my findings with both students and parents and together we embark on a program of remediation, with both short-term and long-term goals aimed at dismantling the learning roadblocks.

Much of the emphasis is on strategies that tackle the student’s aversion to writing, as well as an “inner clock” that contributed to so much of disorganization.

With the students themselves, I take away the stigma from their problems by explaining that they are not unique in their troubles, not dumb kids or losers. They are simply getting tripped up by certain weaknesses that would thwart anyone’s success.

I praise the students for their strengths (superior reading and language skills, artistic ability, and a desire to succeed), and point out how we would use those very abilities to sidestep the weaknesses.

Many of the measures we mapped out, when implemented at home with children who share these difficulties, have been found to significantly upgrade classroom performance. It cannot be stressed enough how essential a parent’s role is in establishing the following routines:

Time management is one of the most important keys to enabling productivity. At least once a day, a parent and child should confer, scheduling activities over the next several days, making use of a desk calendar or chart. Before going to bed each night, the child should check off what was completed and roughly how long it took.

Reward productivity, not grades. The child should receive special recognition for handing in every assignment and logging in a decent level of study time.

Provide attractive work incentives. It is vital for the child to understand that effort pays!

Curtail all forms of over-stimulation, including TV, computer games, videos and other electronic gadgets.

Arrange for optimal work conditions. Kids need to work in a quiet environment, one that is relatively distraction-free.

Help with prioritization. Sit down with your child once a week and compile a list of all the anticipated activities. Rate them in terms of how important they are, with high-priority items to be accomplished by the end of the coming week. Lower-priority ones may or may not get completed.

Help the child develop a system for organizing school papers and supplies, using color-coded folders, loose-leafs with pockets, and other strategies. Set time a few nights a week for reviewing the contents of the child’s bookbag, and deciding what to discard, what to save and how to file it away.

Break down homework tasks into small steps and increase the workload by small increments. Children who have Executive Function Disorder tend to feel easily overwhelmed by the magnitude of the assignment.

In addition, isolate weak components of a child’s work. If he has trouble getting ideas into clear language, he should begin by putting down his thoughts in not very good language. The important thing is to make a start. Later he can repair and polish the wording and the mechanics. Reduce writing requirements (with the teacher’s permission) whenever possible.

Frequently, parents wonder how much they should help their children with homework. Learn how to walk the fine line between being helpful without offering too much criticism or correction. Share in brainstorming, such as helping to pick a topic. Perhaps give the child a jump-start, such as helping her write the first sentence.

“The younger a child is, the better his or her chances of reversing output failure and generating high productivity,” Dr. Levine reminds us. With summer approaching, a goldmine of opportunity exists for setting in motion the process that can turn around a student’s life. Seize the moment!

Shavuos – The Source Of Our True Joy 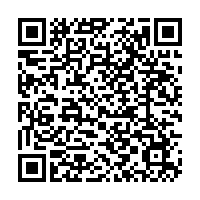