It is more than a year since I have seen Chaim K. The last time was when he was hospitalized here at Shaare Zedek’s Pain Clinic with intractable pain. I had kept in touch with him and his doctor, and had recently noticed that he changed his picture on Facebook. When I asked him if he wanted to meet, he answered in the affirmative, and today he “rolled” in smiling. We both commented on how much we missed each other and then, as he smiled, he asked if my computer and I were ready for him – and he started to speak in Hebrew/English and …

“When I was hit in the accident 12 years ago, I awoke in the hospital and all of sudden realized that I was totally paralyzed, able to move only my face. I was also on a respirator, as I couldn’t breathe on my own. It hit me very hard; I wondered how I would live like this. To be a nebach was so not me. Before, I was the Leader of the Pack, the Alpha Male, I didn’t have to rely on others, I was independent.

“All of a sudden THIS! And I had no coping skills.

“Even today I am not sure how to manage with this awful reality. Every situation that reminds me of my loss of coping and independence hurts me yet again.

“After a while, I started to get used to my new situation, knowing my life is not perfect but trying to make the most of it.

“After a few years I began to have serious neuropathy, pain which emanated from my spinal column. The pains kept getting worse and worse. I couldn’t imagine a life such as mine. Paralyzed, intubated, on a respirator 24/7 and NOW in constant pain!

“This continued until I was prescribed medical cannabis (marijuana), which was an enormous help in surviving with pain.

“A short time later, a whole bunch of other issues began to appear. First it was sweating that had no relationship to outside temperature. My body was reacting to the pain which as a paralyzed person I did not feel. I went from doctor to doctor, Rebbe to Rebbe, mekubal to mekubal – no one could give relief to my pain and suffering.

“I used to lie in my bed and think that I had reached rock-bottom. I couldn’t anymore, I cried and prayed all night that Hashem should give me mitat neshika (the kiss of death) which Moshe Rabbeinu and his siblings Aharon and Miriam warranted. Every time I said Shema before bed, I cried that these might be my last words. Every morning I awoke devastated, that I was still among the living, if you could call my painful existence living!

“I lost so much weight that you could see my pelvic bones and ribcage; one could have learned anatomy from my skeletal body. It sounds funny but it really wasn’t. My physician, told me that if I continued eating so little I would be ‘between life and death’. However, he did not give up hope and got me to be an active (well inactive) participant in a zillion tests of all sorts. From praying for death, I became incredibly curious as to what was causing me this terrible pain and suffering.

“I was so frustrated at the ignorance of doctors who would ask me where is the problem and if it hurts. ‘Idiots,’ I wanted to shout, ‘can’t you see I have a broken neck and sadly though I feel the pain I can’t identify the locations.’

“After a series of almost never ending tests, they found I had a kidney stone that practically blocked 90% of my right kidney. Finally the source of the pain! A ‘feeling person’ would have been writhing in pain from a teeny tiny kidney pebble, and here I was existing with a boulder, about the size of a closed fist!

“All of a sudden there was a ray of light at the end of my darkest tunnel. I thought, here they found the problem and now they will deal with it and I’ll be able to live in a manageable fashion, still paralyzed but not in agonizing pain. 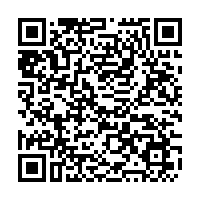