I entered the room and saw the body. There were also two men in the room. When they saw me, one asked, “Are you Stan’s son?” I was silent. “I guess you are,” he said, “You look like he probably did.” And then he floored me. “Do you want to identify the body?” The words hit me like a ton of bricks. How could I identify the body of a man who walked out of my life 42 years ago? Would he look anything like the millions of images I conjured up over the years? Would he look like a devil? A demon? I had stopped believing in him when I was about 16. He was a phantom who appeared every now and then in conversation. He got me into a good college – writing about him in my application essay had generated some sympathy.

“How did you find me?” I asked. They said he had spoken about me, a lot. They thought it was for sympathy, a free drink or money to gamble with. But they knew my birthday was March 12, because they said he always bought everyone a round of drinks on that day. That’s how they found me. He had told them my mother’s maiden name, and through the power of the Internet they were able to find me with the information they had.


So, there I was. Slowly, I gathered my strength and reached over to pull the sheet down. As I stood there looking at him, I wondered what I was supposed to feel. Was I supposed to be sad? I wasn’t. I was emotionless. This biological entity lay there and other than an intellectual loss of the anticipation, there was intense emptiness.

The two men stared at me as if my emotions were being measured. “Amazing,” one guy said. “We thought he had made you up. Forty-three years and not so much as a letter.”

It was as if a spirit overtook me. I blurted out words I hadn’t said in a long time, “Shut up; just shut up! Do you think this is a joke? You reach out from your filthy little hole and grab me out of my life to bring me here, why did you do that? Why didn’t you let me leave this door closed?”

I felt screaming in my brain. It was deafening, the searing pain of reality. All the years of suppressed emotions began to surge and I knew I had to get out of there. I ran to my car, barely even closing the door before I started it. I needed to get out of that town. I had no business there. I didn’t lose a father today and I’m not interested in hanging out for an hour or two just to lose him again. The conflicting emotions were so strong that they were battling in my head. My heart was torturing my soul. The questions were jumping in my head, but the disgust and hatred inside me didn’t want to validate his existence. Forty-two years and he never called once. Why? Was he afraid I would ask him for money? Did he think he might have to sacrifice some of his time and spend it with me? He obviously had a lot of time; he was apparently doing nothing for the past 42 years. I was so enraged, so infuriated, and I had nowhere to direct it. If he were alive I might have yelled at him, hit him, done something. But he was dead, gone; I couldn’t even hurt him for what he had done to me. There would never be any gratification from this man, not in life and not in death.

I must have driven for an hour with my emotions jumping all over. I couldn’t seem to reconcile anything. There was no answer in the knowing or in the not knowing. And I wondered, how is this allowed to happen, why isn’t there something to prevent people from committing this murder of the soul.

I have a colleague, he’s older and we often share a drink after a long day. We share a bond in the sense that he’s older than me, but we are on the same rung of the ladder of the judicial law system. He clearly has a miserable marriage, and after one or two stiff drinks he admits that he has his wife to thank for his success. It was because of her that he always stayed at work. He has four sons and they are his life. His wall is covered with photos, chronicling every step they took. I can never go into his office; it’s too painful.

As I parked at the side of the road, I thought of a plaque he has in his office. It says, “The best thing a father can do is to love the mother of his children.” My colleague found a way to love his wife because of his children. If my biological father rejected my mom, then evidently in his mind he had no children. We never existed for him. A status, a token, like a tag on a suitcase indicating that at one time I visited this country. It doesn’t even have to be his suitcase; it could belong to someone else.

I feel myself rising out of my abyss as my powerful litigating logic takes over. I wonder, who claims the rights to fatherhood? Is it a genetic marker? Is it that minor and unfocussed mindless contribution that earns all the rights that come with being a father? I think not. When he walks away he loses all the beauty of the father-child relationship, all the give and takes, the talks, the walks, the tears, the fears. He cannot be called Daddy or Papa. That’s because you gotta be in it to win it. You can’t collect earnings on a stock you sold, even if the stock goes up. Sold is sold. If a spouse leaves and doesn’t look back, they are no longer a parent.

I am becoming more comfortable with my logic. Is anything perfect? No. But when we have children, we have to know that without us to take care of them they will die. This is true physically as well as emotionally. Working on a marriage and a home is no different than making sure that there is a roof over their heads, and food on the table. Two parents are considered the accepted healthy standard for child protection. You may leave your spouse, because that is a relationship of choice, but what child chooses to be born? You brought me here; now I am your responsibility.

The memories start to come back. The days after he left, the lies he kept on telling us, how he was coming to see us. I spent days, weeks and even months waiting. In the beginning he would call promising the world, maybe even intending to give it, and then he wouldn’t show. “Don’t forget to bring your camera.” “Be ready on Sunday, we’re going to go on a boat ride.” I spent so much time waiting by the window – weeks that became months, months that became years. Until I suppressed him so deep that he was never to surface. I killed him then. He tried to come back now, but he needs to stay dead. He is not my father and I am not his son. And that is his loss.

I got into my car and didn’t look back. I have nothing to feel guilty for. I have disrespected no one. I respect my father, he’s the man married to my mom.

I drive back home to my wife and kids, thinking that I will never be invisible again. I want my kids to know what I smell like. I want to know every aspect of their lives, and I want to be able to stand blindfolded and be able to tell my kids apart by the creases on their faces.

This trip was a good one. I arrived empty, and I am leaving filled with the wealth of what I have at home. I reach for the phone and dial. A kid’s voice answers and with excitement says, “Dad?” He is excited because I never call my kids.

Dr. Simcha Y. Cohen studied at Yeshiva Merkaz HaTorah and Yeshiva Mikdash Melech, from where he received Smicha. He received a Masters Degree in Special Education from Adelphi University, as well as a second Masters Degree in School Psychology and a Doctorate of Child Community Psychology from Pace University. Currently he is the director of Total Learning Center LLc. In Brooklyn, New York. The Total Learning Center was founded on Dr. Cohen’s principal of providing all aspects of mental health as it applies to children and families.

You may listen to many of Dr. Cohen’s shuirim on LearnTorah.com. Dr. Cohen can be contacted at 718-336-8000 or via email DrSimchaYCohen@aol.com. 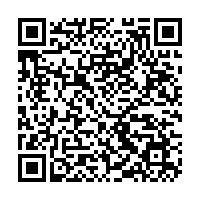