In school, Baruch could never get it right. Everything was either too difficult or too easy. Nothing was “just right.” He would whiz through any English, history or science textbook, but could barely make it through a simple multiplication problem. While only in third grade, he used words like “exacerbate” and “differentiate,” without being able to write his name in chalk on the blackboard.

Baruch’s mother knew there was something special about Baruch from the very beginning. He was speaking in full sentences when he was a year old and taught himself how to read when he was four. However, as Baruch got older she noticed he could barely grip a pencil and refused to even think about doing long division. Baruch’s teacher agreed, “He has so much potential. If only he tried harder!”


In reality, Baruch is one of many children who can be described as twice-exceptional. He is both gifted and struggling with a learning disability (in his case, Dysgraphia). Unfortunately, because highly gifted children are so good at compensating for their special needs, their problems go undetected until they hit a wall.

The term “twice exceptional” is still new in educational jargon – but is something I come across more than one would think. Twice exceptional children have a combination of exceptional intellectual power and uncommonly formidable mental roadblocks. In other words, they are gifted intellectually and can also have Attention Deficit Hyperactivity Disorder (ADHD), Aspergers Syndrome, Nonverbal Learning Disorder (NVLD), Dysgraphia or Dyslexia.

Many times, they become problem students – even though they are head and shoulders above the crowd intellectually. A perfect case of a child who was twice exceptional is Albert Einstein. Even though Einstein was brilliant when it came to visual and spatial reasoning, as a child he had behavioral problem, was a terrible speller and had trouble verbally expressing himself. In many subjects, his report card grades were close to failing. Obviously, there was something else going on for the young Albert Einstein – though brilliant, his needs were not always met by the school system.

Research has established that children like Baruch are the most underserved populations in the school system. Most of the time, children who are twice exceptional go through school without recognition of their considerable talents. Instead, they enter adult life without the necessary skills to compensate for their learning disabilities, causing them to develop low self-esteem and believe that they are simply stupid and “not good at school.” The shocking news is that The US Department of Education estimates that 2%-5% of all students are both gifted intellectually and suffer from some form of learning disability.

How do we avoid losing out on the Einsteins of our generation? Children who are twice exceptional are often hard to categorize – sometimes their learning disability masks their brilliance, while for others, their brilliance masks their learning disability. How is it possible to identify these children? And, once they are identified, what can parents and schools do to make sure their needs are met?

What teachers can do: 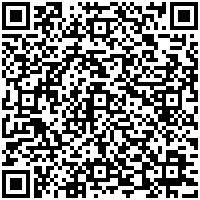