I met my good friend, Mr. Katz, yesterday
He looked so upset so I started to say
Things can’t be so bad. Why are you so sad?
You better tell me right away.

I’d be just as happy as I was before
If only I’d listened and trusted you more
I ignored your advice, now I’m paying the price
I went with all of my kids to a store…


I know just what happen, don’t tell me a thing
I know ’cause I took my kids there last spring
When you got to the store and walk through the door
All of your kinderlach started to sing!

We want Lego and Construx
And a hockey set deluxe
We want baseballs, we want bats
We want helmets, we want hats
Like I said to you before: never take kids to a store
All you’re gonna here is: we want more and more…

We want cars and trucks, you see
And of course, Monopoly
See this camera, it’s so nice
Look, it’s made by Fisher-Price
Like I said to you before: never take kids to a store
All you’re gonna hear is: we want more and more…

We want robots that can talk
And animals that walk
We want checkers, we want chess
We won’t ever leave a mess
Like I said to you before: never take kids to a store
All you’re gonna hear is: we want more and more!

They were crying, they were shouting, why I’ll bet one even screamed
And you whispered: please be quiet, we don’t want to make a scene
So you bought them all they wanted, more than you can afford
And an hour after you got home, they said…
Tati, we are bored!

The above song was written by Abie Rotenberg for the Marvelous Middos Machine tape series in the 1980s, but the phenomenon of children asking for things and parents saying “Yes” simply to appease them, still exists thirty years later. It’s easy to say, “Yes” in the moment, but what are we doing to our children when a few minutes later they approach us and say, “We are bored?”

The question of when it is appropriate to say “No” to our children is not a new one, but it is an issue that is brought up in many contemporary educational and parenting books. Betsy Brown Braun, the author of You’re Not the Boss of Me: Brat-Proofing Your 4-12 Year Old Child and What to Say: Sensible Tips and Scripts for Perplexed Parents explains:

Children are trying to figure out the extent of their reach – What are the rules of the road? What is ok and what is not ok? Does “No” sometimes mean “Yes?” They can’t figure it out unless there is a clear boundary. So, one reason that we say “No” is so the child will learn. There are 3 peaks all children have to scale in order to grow up and function in the world and often they involve hearing the word “No”:

All three of these are important life skills for successful adults. These are essential components in grit and resilience. In his book, How Children Succeed: Grit, Curiosity, and the Hidden Power of Character, Paul Tough argues that it is non-cognitive skills like persistence, self-control, curiosity, conscientiousness, grit and self-confidence that are crucial to character building and success later in life.

He writes that most people have the “cognitive hypothesis,” the belief “that success today depends primarily on cognitive skills — the kind of intelligence that gets measured on I.Q. tests, including the abilities to recognize letters and words, to calculate, to detect patterns — and that the best way to develop these skills is to practice them as much as possible, beginning as early as possible.”

Instead, Tough explains that based on his extensive research (and the research of others), we should ascribe to the “character hypothesis.” In other words, the best way to get ahead in life is to build character.

How is character built? According to Tough, character is created by encountering and overcoming failure. And, character is just what children need to continue to succeed in the classroom and beyond.

How can you help your children build character? One surefire way to help them learn to tolerate disappointment, frustration, and to delay gratification, is saying, “No” at the appropriate moments.

How to Say No?

Set clear boundaries. It is important to be clear and not arbitrary. Therefore, know your boundaries and set them based on clear criteria about what is best for your child.

Don’t change a “No” to a “Yes” or a “Yes” to a “No.” If your child sees that by nagging, throwing a tantrum, or manipulating you, he or she can get you to change your mind, you will be in for a lot more nagging, tantrums, and manipulations. Think about your decisions and its consequences before you make it so that you aren’t going to go back on your word.

Do not shout. Yelling at your children will not help them understand that no means no, only your sticking to your principles can accomplish that.

Give an alternative. If your child asks for a cookie before dinner, you can set it aside and say, “Let’s put it over here for dessert. Right now, if you’re hungry, how about an apple?” This way, you aren’t just saying no.

Hearing the “No” and being able to respond positively and move forward is an important life skill that we can teach our children. In the long run, they’ll hear a lot more “Yeses” in their lives if they gain resilience and grit. 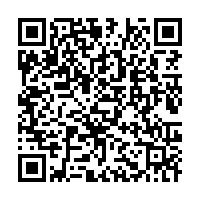