The police have closed an investigation into the shooting of two Palestinian Authority Arab teens who carried out a November 2015 stabbing attack in central Jerusalem, using household scissors that were re-purposed into a potentially lethal weapon.

The two terrorists, teenage residents of Jerusalem, had already managed to stab an elderly man in the neck — a 70-year-old Arab man from the Palestinian Authority-occupied city of Bethlehem — and were running about, seeking other victims when the officer arrived on the scene.


One was killed and the second was wounded.

Police Investigation Unit and State Attorney Shai Nitzan made the decision Monday (April 24), closing the probe against the police sapper, who was passing by and who exited his car with his weapon when he saw what was going on.

The officer testified that he first warned the attackers to halt, but the two girls continued to race toward him, brandishing sharp implements that he couldn’t identify. He fired to neutralize, believing that both were suicide attackers, he testified. Other eyewitnesses at the scene corroborated his testimony.

All investigation materials will be transferred to Israel Police authorities for further consideration. 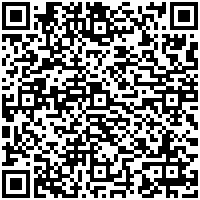