This past weekend I participated in a very special workshop.

Shiluv is the name of a wonderful organization which helps special needs people.


Sadnat Shiluv BeEmunah Swimathon is an event in which hundreds of grandmothers, mothers and daughters, along with special needs youngsters and their friends – ( only those over the age of 10) – swim the Kinneret to raise funds for a unique residential project for young adults with special needs. This project is named Sadnat Shiluv (Mainstreaming Workshop), and is located in the young Gush Etzion community of Gvaot.

Women from the U.S., European countries and South Africa, as well as every corner of Israel, come to join in the event.

In previous years, the Women’s Annual Swimathon enabled the building of a Visitor’s Center with a cafeteria and shop where the Sadnat Shiluv’s young adults serve light meals and sell their home grown produce and dairy products. Now we were raising money for the addition of extra housing so that the facility could accept additional residents, and a special coffee bar, and also fund the creation of an animal therapy center with therapeutic horseback riding.

For me this was the first time participating but definitely not the last. I arrived the night before. There were tents set up alongside the Kinneret and the sounds of the woman and children setting up their equipment for a good night sleep before the big swim in the morning, was exhilarating.

The organization did such a wonderful job setting up the technical end. We all received lovely pink robes for after the swim the next day, pink bathing caps, whistles to call for help in the water, and safety bracelets to make sure everyone got back from the swim safely. There was food in great abundance and the sight was just divine. There were so many volunteers and wonderful administrative people, I simply couldn’t stop smiling. I was so honored to be part of such a beautiful program for such a wonderful purpose.

As I’ve mentioned in the past I too have a special needs child, and I felt that I was swimming for him as well. I felt so proud to be part of such a noble cause.

The following day we woke up at 5 a.m., and were bused over to the opposite side of the Kinneret.

Everyone was so excited. You could feel the happiness in the air. There was a man taking photos which at the end of the event were made into magnets with all the pictures of the women at the swim. The feeling of togetherness and doing for others was everywhere.

The water felt just right and the countdown began. Hundreds of women of all ages counted down from 10, and we were all off. There were life guards and medical crews lined down throughout the entire event in small boats alongside all the swimmers to make sure all went well with all the ladies.

There were stopping points throughout the entire swim with water and fruit, to give the swimmers who got tired a brake and a chance to regroup before going back into the water.

There were the fast swimmers that just swam for about two hours straight,(it took me two and a half hours) and there were the slower swimmers who enjoyed the swim at a slower pace, and then there were the beautiful special needs swimmers who filled the Kinneret with so much joy and excitement, you could hear the fish in the water deep down singing and escorting these wonderful people to the other side.

The day was just perfect.

I was so excited to be part of such a wonderful event for such a wonderful cause. Everyone was so happy. At the finishing line the head supervisor handed out medallions to each swimmer who made it back safely.

There was music playing and laughter everywhere. The breakfast that was set up in tents on the shore of the Kinneret, was so plentiful, it felt like a feast in the Queen’s castle.

I was exhausted, but on an absolute high. I was so impressed and happy that there was such a creative way to help and raise money for others in need.

May Hashem help us to receive all we need in happy and creative ways, and may we always be amongst those who can give to others. 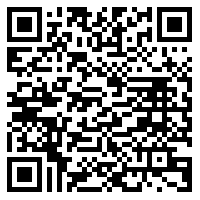