It seems ironic to use the words “Ronald McDonald” and “kosher” in the same sentence, but venture out to New Hyde Park and the two go hand in hand. No, it isn’t the first kosher McDonald’s to hit New York; it is a Long Island Ronald McDonald House that boasts not one, but two kosher kitchens, to better accommodate the needs of Jewish guests.

The first Ronald McDonald house opened in Philadelphia in October 1974, and since then the Ronald McDonald House Charities have continued to expand and fulfill its mission of improving the lives of sick children and their families by providing temporary lodging and facilities to parents and siblings of hospitalized children. The Ronald McDonald House of Long Island opened in 1986 on the grounds of the Long Island Jewish Medical Center campus as an 18-bedroom facility with the goal of becoming a home away from home for families with sick children, relieving them of the burden of worrying about food and accommodations during an extended hospital stay.

“The kosher kitchen was a request from resident families, along with the North Shore LIJ Health System,” Deepika Thadhani, public relations and marketing coordinator of RMH-LI told The Jewish Press. “The kosher kitchens are located on the second and fourth floors of the house.”

A recently completed two-year renovation effort at RMH-LI called Project Design gave 75 interior decorators the opportunity to use their talents to further enhance the facility. The project breathed new life into all 42 bedrooms, several common areas and laundry rooms and included the creation of a new fitness center and meditation room. Also included in the remodeling effort were four kitchens, including the second floor kosher meat kitchen and the fourth floor kosher dairy kitchen.

Among those participating in the multi-million dollar redesign effort was Carol DeBear, a Connecticut interior decorator who was assigned to rejuvenate the building’s five and a half by eight and a half foot kosher meat kitchen. DeBear admitted that decorating a kosher kitchen hadn’t been her first choice, but she quickly warmed to the idea, beginning her project by surveying the existing kitchen, which contained just a small hot plate and a miniature refrigerator, and exploring the requirements of her target audience.

“I did research to find out what the needs of the families were, such as more refrigeration and a place to heat up food other than a hot plate,” said DeBear. “I wanted it to be a warm and inviting space where it didn’t feel small, so more than one person could be preparing food at the same time.”

Looking to create a space that was both functional and fabulous, DeBear sought to imbue one component of the tiny kitchen with a “wow” factor.

“I wanted the backsplash to be the focal point of the room,” said DeBear. “I had a few ideas, including a blessing in Hebrew, but I thought that might be complicated and I wanted something everyone could enjoy, so we went with a scene of Jerusalem.”

DeBear recruited a decorative painter and the two looked over numerous photographs, creating a vista of Jerusalem in sketches, which were then transferred to the six by twenty four inch tiles that comprise the ten and a half foot backsplash.

“We chose a large tile that she could paint on and it took about two weeks to paint,” said DeBear. “We had to number each tile so it was in the right order and we didn’t grout between the tiles because we didn’t want the lines to show.”

Working with a color palette that she felt was both soothing and happy, DeBear chose azure blue cabinets to match the blue sky of her Jerusalem scene and was able to continue the Jewish motif as high up as the kitchen’s ceiling with magen-dovid shaped lighting fixures.

“It was fortuitous,” noted DeBear. “Circa lighting just happened to have a light that was a six pointed star so we used two of those.”

The previous kitchen’s pint sized appliances were replaced with larger components, donated by SubZero Wolf, giving visiting families more storage and cooking space for the kosher food that they bring to the Ronald McDonald House.

“I put in a 24 inch refrigerator and a micro-convection oven,” explained DeBear. “Both are Star K compliant so they can be put in Sabbath mode,” noted DeBear.

DeBear described the kitchen redo as “a cathartic experience,” one that she hopes will benefit the families who are already going through a difficult period of their lives.

“The families are able to enjoy their food and can feel that keeping kosher is treated in a high regard in the setting of RMH-LI,” said DeBear. “I hope they enjoy the meat kosher kitchen as much as I enjoyed designing it and bringing it to fruition for these families.” 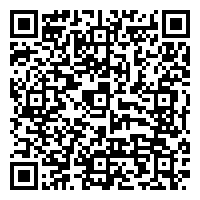