A poll of American Jewish voters carried out by the left-wing J Street lobby shows an overwhelming number of Jew support building in some Jewish communities in Judea and Samaria.

The results of the survey should be a wake-up call to President Barack Obama, who has surrounded himself with left-wing Jewish advisers and has given J Street a free pass to the White House while distancing traditional Jewish lobbies, particularly AIPAC.

J Street has been a consistent opponent of almost everything the Netanyahu government does, as reflected in President president’s holy ghost, otherwise known as the “Peace Process.”

A whopping 72 percent of polled American Jewish voters said they support construction in Jewish communities that are not outside the core settlement blocs. Twenty percent of that number back building for Jews in all of Judea and Samaria as well as Jerusalem.

Only 28 percent said Israel should freeze all construction in the same areas.

All of the respondents in the poll voted in last week’s mid-term elections. Nearly one-third of the respondents did not describe their affiliation with a stream of Judaism, while the breakdown for the others was 37 percent Reform, 20 percent Conservative and 10 percent Orthodox.

A majority of American Jews polled also said they have a favorable view of Prime Minister Binyamin Netanyahu, contradicting assumptions that most Jews in the United States oppose him and his policies.

The survey also verified other estimates that 69 percent of American Jews voted for Democratic candidates last week, another indication that President Obama cannot assume that Jewish Democrats back his and J Street’s view that settlers are “illegal” and “illegitimate.”

The Obama administration’s constant pointing fingers at Israel for allegedly blocking a peace agreement appears to be wearing thin on American Jews.

In answer to the question, “Would you support or oppose the United States playing an active role in helping the parties to resolve the Arab-Israeli conflict if it meant the United States exerting pressure on Israel to make the compromises necessary to achieve peace?” 54 percent replied in the negative.

The poll also showed massive support for Israel in the Protective Edge counter-terror war with Hamas this past summer. The 80 percent approval showed how little J Street’s lobby against Israel has influenced American Jews.

Most of its influence seems to have been felt inside the White House, and anyone thinking of running for the Democratic presidential nomination in two years will pay close attention to the poll.

Hillary Clinton is the most highly favored candidate among the Jewish who were polled, winning support of 66-69 percent if Jeb Bush were running as the GOP nominee, and 70 percent if Rand Paul were the Republican candidate.

The poll also showed that only 25 percent of U.S. Jews support the Boycott Israel-BDS movement.

As usual, Israel was near the bottom of the list of subjects that concern American Jews, but more significant was that “terrorism and national security” were the number four issue, after the economy, health care and Social Security/Medicare.

The Islamic State beheadings of two Americans, one of the them Jewish, and an increasing number of Islamic-linked attacks on American soil have brought terror closer to home and brought all Americans to better understand Israel’s refusal to consider sponsors of terrorism “peace partners.”

Nevertheless, Obama remains more popular among American Jews than among most other voting blocs. Fifty-seven percent either “somewhat” or “strongly” approve of how Obama is handling his job as president and 53 percent approved the way Congress is functioning. 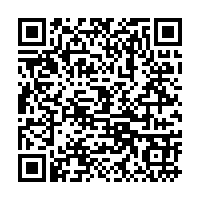