As professions go, an international children’s rights advocate is probably not listed anywhere as a low stress job. Fighting on behalf of children in places as far off as Sudan, Yvette Garfield took their plight to heart and came up with – a cookbook. Handstand Kids, Garfield’s company, was established in 2007 to connect children in a global community. In her words, “I had done a lot of traveling and wanted to introduce kids to the world and food seemed the best way to do it.”

Food connects people, and that goal is always foremost for the seven-year-old business that incorporates cookbooks and child-appropriate utensils and accessories. Mother-daughter (and son) aprons, for example, read as sweet and retro costumes that both celebrate and elevate an age-old tradition of cooking and baking together. The aprons also turn a potential chore into playtime and slyly introduce healthy concepts to boot, with the “Eat your Fruits and Veggies” and “An Apple A Day” aprons. “It doesn’t matter if the food comes out perfect,” Garfield emphasizes, “cooking is fun and [cooking together] reminds you that family time is important.”


There are large-scale, global advocacy issues that are imperative to address, and there are micro issues – questions and problems which may not trouble think tanks and politicians (although that is changing rapidly), but which thousands of parents and families think about every day. Garfield has it covered.

She is a veritable font of useful information and practical advice. About the obesity problem? “Get rid of the sugary drinks! If you wouldn’t sit down and eat one cup of sugar by itself, you shouldn’t drink it,” she says. It is a measured and doable approach: perhaps not easy by any means, yet at the same time, elegant and simple.

Pressing further, I point out that the “help” that young children offer is really not that helpful at all. “It’s important,” Garfield answers, “to find the right age appropriate tools. They can tear lettuce from a young age. Have them seated while you’re at a stove with kid scissors. They’ll chop green onions and that keeps them engaged.” She adds that it’s a good idea to focus on what the kids like to do and that as their skills get better, they can contribute more to the preparation. But! “You have to put in effort before you start cooking. Have utensils ready to go in a seated area so they can focus on what they’re doing and when you sit at the dinner table, they can talk about what they did and how they did it.”

Garfield grew up in the large Jewish community in Los Angeles with an awareness of global issues. Breaking bread has long been a bridge, a way to connect and teach people about each other. As a traveler, Garfield wanted to introduce kids to the world and food seemed the best way to do it. It makes sense, then, that her signature products are her cookbook kits. Each introduces a global cuisine such as Chinese or Mexican and comes with an age appropriate baking or cooking tool such as a set of four silicone-baking cups and a child-friendly whisk for the “Baking Around the World Kit.” None of these kits are exclusively kosher, although Garfield assures me that her recipes each come with alternatives that can easily be made kosher. In addition, Garfield is working on a Jewish cookbook. As she says, “kids with global interests will have a greater impact by promoting a more tolerant world.” 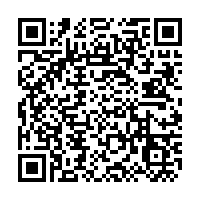