In this week’s parshah and in Parshas Re’eh the Torah commands us not to add to the mitzvos or lessen them (bal tosif and bal tigra). For example, the Gemara in Sanhedrin 88b says that one may not have five parshios in his tefillin or five different species together with his lulav. The Ramban in Parshas Re’eh says that the pasuk in this week’s parshah is the main prohibition and the pasuk in Re’eh is referring to the korbanos.


The Vilna Gaon in sefer Aderes Eliyahu explains that the prohibition in Parshas Re’eh is referring to the prohibition to add to a mitzvah such as making five parshios in one’s tefillin. The pasuk in Parshas Vaeschanan is referring to adding an entirely new mitzvah to the 613 mitzvos that we have. For example if one was to say that lighting candles on Chanukah is a mitzvah from the Torah this would be in violation of the second prohibition.

The sefer Magen Giborim (Orach Chaim 128:18) discusses whether this prohibition applies only to mitzvos that are obligatory, or even to mitzvos that are voluntary. Since one was not obligated to perform the mitzvah in the first place, he should not be held accountable for performing it in the wrong manner. However one may argue that once he does decide to perform the voluntary mitzvah he must perform it correctly, without adding or subtracting from it.

The Magen Giborim points to a Sifri that says that the prohibition of bal tosif applies to the mitzvah of tzitzis. Even though there is no obligation to wear a four-cornered garment, and the mitzvah of tzitzis should be considered a voluntary mitzvah, still the Sifri says that the prohibition applies. We can see from this that bal tosif applies to voluntary mitzvos.

The Shulchan Aruch (Orach Chaim 8:1) says that one must recite the berachah on his tzitzis while standing. But, the Magen Avraham notes, the Mishnah in Challah (2:3) explicitly says that a woman who is separating challah may recite the berachah while sitting. Why the discrepancy? The Magen Avraham answers that removing challah is not a mitzvah that is obligatory; rather it is similar to the mitzvah of shechitah, which applies only if one wishes to eat meat.

It is implicit in the Magen Avraham’s words that the mitzvah of tzitzis is an obligatory mitzvah. Rabbi Akiva Eiger asks how can this be. If one wishes to not wear a four-cornered garment, he will not be obligated to don tzitzis.

Rabbi Akiva Eiger suggests that after one performs the atifah (wrapping himself in a tallis) he is obligated to put on tzitzis. Perhaps this was the intention of the Magen Avraham when he implied that tzitzis is an obligatory mitzvah.

Tosfos in Baba Metzia 29a and Baba Kama 56b asks why one who is wearing tzitzis should not be exempt from all other mitzvos, based on the rule of osek b’mitzvah patur min hamitzvah (if one is performing one mitzvah, he is exempt from another). Tosfos answers that since he is not obligated to wear tzitzis we cannot extend the rule of osek b’mitzvah patur min hamitzvah. This seemingly is in accordance with the Magen Giborim that the mitzvah of tzitzis is voluntary and apparently does not fit with the Magen Avraham and the implication of the Rambam.

However, based on explanation of Rabbi Akiva Eiger we can explain that Tosfos is in accordance with the Rambam and the Magen Avraham. Tosfos answered that we cannot extend the rule of osek b’mitzvah patur min hamitzvah to tzitzis because one can arrange that he will not be obligated in the mitzvah by not donning a four-cornered garment. However, as Rabbi Akiva Eiger explained, once one does don the garment he is now obligated in the mitzvah. Therefore, one must stand while reciting the berachah over it and recite a berachah of l’hisatef batzitzis. 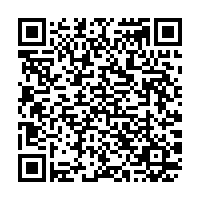