Last week Thursday the Aleph institute honored prominent lawyer Professor Alan Dershowitz with the completion of a sefer Torah in honor of his role in commuting Sholom Mordechai Rubashkin’s prison sentence – as well as to celebrate his lengthy career of helping others. The writing of the final letters ceremony was held at The Children’s Museum in Crown Heights. It was followed by a procession from the museum to 770 Eastern Parkway, Chabad Headquarters, where hakafos and celebrations lasted well into the evening.

“I helped Mr. Rubashkin get a commutation,” Dershowitz told The Jewish Press. “I was in the right place at the right time, and I asked the President (Trump) to do it and he listened to me. That was very fortunate. I’ve gotten many honors in my life but this is the most touching and significant because it brings me close to my heritage and my roots. I’ll remember this for the rest of my life.”

“All the good works that he does – getting Rubashkin out – and all the things that he’s worked on that aren’t public,” explained Barry Dershowitz, his oldest son. “He does more than half of his cases pro bono. He never turns down a phone call dealing with some injustice that’s being done. So I’m very proud of him.”

The Aleph Institute provides services for those in incarceration, military veterans, at risk-youth, and families.

“Allen Dershowitz has and continues to do a lot of pro bono work for us,” said Tamir Rivka, event coordinator, “and we wanted to honor and thank him.”

In November of 2009, Rubashkin was sentenced to 27 years in prison, a sentence that drew much criticism for being overly harsh among parts of the Jewish community. On December 20, 2017, he was released, after serving seven years, by a Trump pardon.

“This was an amazing event,” Rubashkin told The Jewish Press. “Mr. Dershowitz is a man who helps a lot of Yidden. In my case [as well]. And for that we’re thankful. And the best way to thank him was to dedicate a sefer Torah. And G-d should bless President Trump. He is a good friend to all Yidden and we should love him.”

Unaware to the attendees, another special guest had wandered into the public event, unannounced, but quickly drew a lot of attention in his own right. Yonatan (Jonathan) Morales was the border patrol agent who risked his life chasing down the gunman at the synagogue shooting in Poway, Calif., in April. The tragedy happened on Shabbos and on the final day of Pesach.

As news spread of his presence, many attendees went over to his table to thank him.

“Yonatan had to make a decision on what to do in Poway,” Rubahskin said in a conversation with Morales and The Jewish Press. “He saved lives and he turned around a tragedy. What he did teaches others to do the same thing. When Hashem put us in a situation it is a test to bring out the best in us. He saved another Yid, and for this we all love him.”

Dershowitz also met with Morales. He thanked him for his service and, true to form, showed concern for his needs. “We need to keep fighting for you as well. If there’s anyway I can help you with, let me know.”

They humbly noted how they both took an oath to serve the country and protect lives and how they’d managed to do that. “That means we have to do that off-duty as well,” suggested Morales. “Of course,” responded Dershowitz. “None of us are off-duty when it comes to justice.”

“I came to Crown Heights to attend a wedding and I found out about this event,” reflected Morales. “It inspired me to increase my yiddishkeit and to be proud and stand tall and fight any injustices that come our way and against our people.” 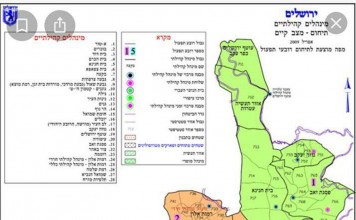 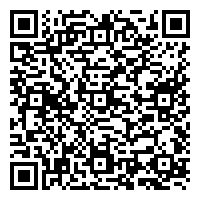