It is also about the value of testimony.


I am a collections manager at the Kleinman Family Holocaust Education Center (KFHEC). This does not mean that I collect overdue bills. It means I work with the museum’s collection of artifacts and archives relating to the Holocaust, pre-war Jewish life and post-war rebuilding. I catalog, preserve and sometimes research and authenticate artifacts and I inventory, arrange and explain archives.

This summer, my very first project at KFHEC was in the archives: the Avigdor papers. When someone donates personal papers to the center, he or she entrusts us with something valuable, meaningful and incredibly personal. It is an awesome vote of confidence and it means that the donor or the donor family believes we will preserve the story of the Holocaust victim or survivor, and that we will disseminate the story so that others know what happened to that person before, during, and after the war.

People often ask me why do we need another Holocaust center? The story of Isaac Avigdor is the answer. Rabbi Yitzchak Avigdor, a Belzer chassid born in Sanz, Poland in 1920, was a deeply religious man. He was religious before the war and remained so after the war. While another institution might be able to translate his papers, even his Yiddish, Hebrew and German documents into English, would they be sensitive to and ensure preservation of his religious dedication and beliefs?

KFHEC is dedicated to accurately portraying the religious experiences of those who went through the Holocaust – those who survived and those who tragically did not.

The Avigdor archives opens with a photograph, a black and white photo of two young boys formally dressed. Next, there is a shana tova card, wishing a happy Jewish new year from Rabbi Avigdor to a friend. These were among the few pre-war items that survived the terror. There is a certificate of movement, allowing Rabbi Avigdor to walk around freely, signed by the local Jewish Council, the Judenrat, and stamped with a swastika. The Nazis have come to power. The next item is a group of handwritten papers, journal entries. Rabbi Avigdor was sent to Mathausen, the Austrian concentration camp.

Upon liberation on May 5, 1945, Rabbi Avigdor wrote a poem. He documented the feeling of being freed after being imprisoned in one of the worst places on earth. Later I learned about how Rabbi Avigdor hid his most precious documents and a ner tamid, an eternal light, in a wooden box and was miraculously able to return the latter to his synagogue. But by then, all was gone.

I was intrigued and curious. What happened to Rabbi Avigdor after liberation? I found a second certificate of movement, this one from Luxembourg dated March 25, 1946, allowing Rabbi Avigdor to stay in Luxembourg for six days, as well as a certificate addressed from Italy, from a place called Abbiate Guazzone. I supposed Rabbi Avigdor went to Italy. He must have been a broken man. I would later learn that he had lost his mother and that he did not know the whereabouts of his father. In truth, barely a year after liberation, Rabbi Avigdor had established a kibbutz for orphans and survivors named Kibbutz Torah V’Avodah. 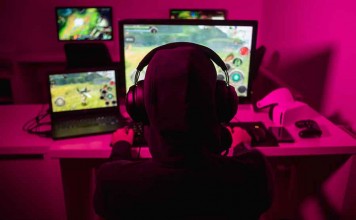