Reform and Conservative Jewish groups are upset with a reported draft agreement that would  put the City of David Foundation in charge of the Western Wall’s Robinson’s Arch area, where they can pray in a women’s minyan with a Torah scroll.

The tentative agreement calls for the government to transfer control of the Jerusalem Archaeological Park and Davidson Center to the City of David Foundation, Haaretz reported. The foundation runs the extremely popular City of David tourist site in Jerusalem’s Old City and works to settle Jews in the Silwan neighborhood, across the road from the entrance to the Western Wall Plaza.

Avoid conflict at the widely-visited area of the Western Wall.

“We were negotiating the final details of how it would be managed,” Hess said. “It was never mentioned that the City of David Foundation would be the one to actually run the place.”

Hess said that the Reform and Conservative do not take a stance on the foundation’s political leanings, which they claim are decidedly rightwing, but explained that if implemented, the draft agreement would depart from a compromise on the Western Wall outlined by Jewish Agency for Israel Chairman Natan Sharansky last year. Sharansky’s outline proposed creating a pluralist council to manage the site. 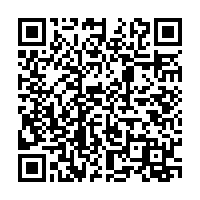