Jews Of The Mediterranean Islands

Findings in catacombs confirm the existence of Jews on Malta from the time of the Roman Empire until late in the Middle Ages. They came from Alexandria to this important crossroads on their way to Italy. In 1240 there were 25 Jewish families alongside 47 Christian families among the predominantly Muslim population. A few families lived on the neighboring island of Gozzo.

The little island of Conino, which today is just a barren rock between Malta and Gozzo, played a single role in the history of Jewish settlement, in that the false messiah Abraham Abulafia, whom the Jews of Malta refused to accept, found a not entirely voluntary refuge on Conino.

In the year 1492, Malta had a Jewish population of about 500 souls and Gozzo had about 350. The royal council confirmed the colonizing value of the Jews and spoke officially against measures intended to expel the Jews. The participation of Jews in various professions shows a delightful amount of diversity. Merchants organized organizations of tradesmen and landowners. Alongside doctors there were barbers and even assistants to royal falconers.

The execution of the edict of expulsion was postponed until 1493. The Jews moved to the island of the Levant, to North Africa, and mainly to Turkey. One encounters the family name “Malti” on many islands and in the cities of the Balkans. In Sofia (Bulgaria) there was, for a long time, an association of landsmen from Malta who had their own house of prayer.

In the year 1530, Malta was taken over by Emperor Charles V from the Order of the Knights of St. John. In its struggle on behalf of Christianity, the order had not shrunk from acts of piracy. Along with infidel Turks, Jews were captured and hauled off to Malta into slavery.

In his chronicle Emek ha-Bacha, Josef ha-Cohen reports how the Knights of the Order of St. John sailed from Rhodes to Malta in search of plunder. He reported about a ship from Salonika that was captured with about 70 Jews aboard. The captives had to send out their own members to find ransom money. At that time, a ship journey on the Mediterranean was a dangerous thing for non-Christian passengers.

A hundred years later, the English explorer Philip Skippen visited the island. He saw the prison and the slave market. Jewish slaves wore a yellow marker made of cloth on their hats. Skippon mentioned the case of one Jew who, after spending a year in prison, was sold for 400 skudi. “The prisoner possessed a pass from the government of Venice and believed himself to be free. When he struck a blow in self-defense against the man who’d bought him, he was placed in leg irons, and his scalp and beard were shaved away. He was led away back to prison, and received 50 lashes.”

News about the suffering of the prisoners on Malta reached Jewish communities everywhere. Ransom money was collected and an “Association for the Redemption of Captured Jews on Malta” was established. Connections with the slaves were maintained by Christian Venetian merchants. Special agents handled the negotiations, transferred the money and took care of the sufferers.

In the course of time a slave community with a synagogue and a cemetery were built. The slaves had a great interest in spiritual matters. For example, Mose Azulai wrote to Venice requesting Hebrew books. The Venetian Jews sent to him a Midrash and a Hebrew calendar.

The slaves bore their burden with dignity. Only a few sought to escape the torture via baptism. In 1798, the Order’s dominion over Malta came to an end, and the slave community was dissolved. Former slaves commissioned Cecil Roth to publish a conclusive study called The Jews of Malta, in Transactions of the Jewish Historical Society of England, Bd. XII.

A small number of free Jews also lived on Malta. A new community arose in 1800, when the island came under English control. On his trip to Jerusalem in 1838, Sir Moses Montefiore found on Malta only six families. In the later nineteenth century, the importance of Malta grew as a consequence of the opening of the Suez Canal, and Malta accordingly received a migration of Jews. Today Jews live there only in small numbers.

Chios, in the Aegean Sea, has been under Greek control since 1912. This island can look back on a very old Jewish settlement. A historical curiosity is the story of the 15 Jewish families who, in the year 1048, had possession of a (Christian) cloister on Chios and who even lived in the building. In the twelfth century the greater community counted 400 families. 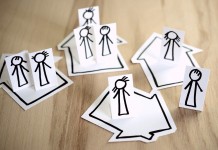 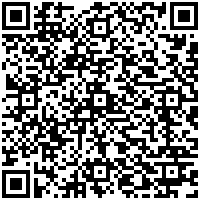