How many Jews have read Lord Byron’s famous poem “She Walks in Beauty” without ever suspecting that it was specifically written to be sung to a Sephardic tune for Lechah Dodi?

Isaac Nathan (1792-1864) was born in Canterbury, the son of Menahem Mona “Polack” (the Pole), a cantor who claimed to be the illegitimate son of the last Polish king, Stanislaus Paniatowski, by his Jewish mistress. In 1805 he went to Solomon Lyon’s boarding school in Cambridge, the first for Anglo-Jewry, which was based on Moses Mendelssohn’s enlightenment movement, before attending the university, but his fidelity to his Jewish faith prevented him from earning a degree. A former rabbinical student, Nathan refused to assimilate as had most his contemporaries in the world of music and art, and he remained a practicing Jew his entire life; his wife, Rosetta, converted to Judaism, a most unusual step act at the time for a British gentile.

It was only in the reign of George III (1760-1820) that Jews became socially acceptable in Britain, and Nathan became music master to Princess Charlotte and musical librarian to King George IV. He toured the synagogues of England searching for the roots of Jewish temple music. After discovering a profusion of traditional Hebrew melodies, he began work on Hebrew Melodies, which used melodies from the synagogue service, though few if any of these were handed down from the ancient service of the Temple in Jerusalem, as Nathan claimed; many were European folk-tunes that had become absorbed into the synagogue service over the centuries. However, they were important because they constituted the first historical attempt to set out before the general public traditional synagogue music, with which Nathan was well acquainted though his upbringing. Ultimately, only six of Nathan’s Hebrew Melodies are generally considered to be synogogal:

(1) “She Walks in Beauty,” a former tune for Lechah Dodi in the London synagogues;

(2) “The Harp the Monarch Minstrel Swept,” the melody for Ya’aleh, the opening hymn of the Kol Nidre service;

(3) “If That High World,” a tender song still chanted in London synagogues after the Torah reading on Shabbat and Yom Tov;

(4) “The Wild Gazelle,” a rollicking tune to which the hymn Yigdal has for 150 years been sung in the Great Synagogue in London;

(5) “Oh, Weep for Those That Wept by Babel’s Stream,” an empirical adaptation of Birkat Kohanim; and

(6) “On Jordan’s Banks,” an adaptation of the Maoz Tzur sung on Chanukah.

Nathan advertised that he was working on A Selection of Hebrew Melodies and that he needed a lyricist. After Sir Walter Scott turned him down, he approached Lord Byron (1788-1824), a leading figure in the Romantic Movement universally recognized as one of the greatest English poets of all time, to provide lyrics for the music. After some initial reticence, Byron became an enthusiastic supporter of Nathan’s project; he gave Nathan the copyright and wrote his fiancée:

[I wrote] words for a musical composer who is going to publish the real old undisputed Hebrew melodies which are beautiful & to which David & the prophets actually sang the “songs of Zion;” I have done 9 or 10 on the sacred model, partly from Job & partly my own imagination… It is odd enough that this should fall to my lot – who have been abused as ‘an infidel’ – Augusta says “they will call me a Jew next.”

When Byron went into exile during Passover (1816), his friend Nathan sent matzo along with his wishes that the God of Israel protect Byron as he protected the Jewish people during the Exodus. In his response, a grateful Byron, displaying the broad familiarity with Jewish tradition and practice that infused many of his works, wrote: 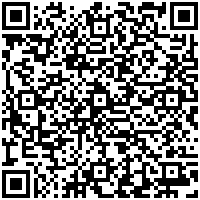