Simchas Hachaim Publishing recently released a new sefer by Rabbi Avigdor Miller: Most Beautiful Nation (on Shir Hashirim). For Rabbi Miller – who found Hashem’s love everywhere and taught others to do the same – Shir Hashirim was the ultimate teacher and the ultimate love story. Just in time for Pesach, Most Beautiful Nation ships March 6 (estimated).

For the Jewish soul, there’s only one love: Hashem. Shlomo Hamelech captured this profound love in Shir Hashirim with a mashal that both enchants and mystifies. Many commentators analyze that mashal – the metaphor of love between a man and a woman. Rabbi Miller’s Most Beautiful Nation delves into the nimshal – the deep spiritual truths that Shlomo Hamelech portrayed in the most human terms. Rabbi Miller might have us understand that the love between Klal Yisrael and Hashem is so intense, so unfailing, nothing less than the mashal of Shir Hashirim can truly capture its potential.

Most Beautiful Nation isa long-awaited release from Simchas Hachaim Publishing,the official publisher of Rabbi Miller’s books and lectures. It is adapted from Rabbi Miller’s Shir Hashirim lecture series (Shir Hashirim is the sefer Rabbi Avigdor Miller spoke about more than any other, based on the number of lectures he devoted to it). Family members recall that after the Pesach Seder, Rabbi Miller would read Shir Hashirim aloud with great simchah.

Most Beautiful Nation is a kaleidoscope of history, Tanach, and Chazal. It captures the love of the Jewish soul as only Shlomo Hamelech could portray it – and as only Rabbi Miller could explain it. Vivid and lively, Most Beautiful Nation transports you from the Garden of Eden to the streets of Brooklyn. Stops include the Egypt of Pharoah, the banks of the Euphrates River and the shuls of Lower East Side Manhattan. At each stop on this long, colorful journey, Rabbi Miller reveals another facet of history’s most profound love. In short, a Jew’s deepest desire is for nothing other than Hashem Himself, and Most Beautiful Nation is the story of a love-struck nation. 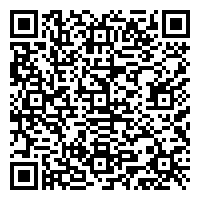