Baruch Hashem, I helped Elisheva understand that this “conversion” was not “kosher.” Yet, despite the fact that the conversion was not halachically acceptable, it caused a ripple effect throughout the Christian and Muslim communities in that part of the world. That is how the messianic churches in Papua heard about it.

We spent quite some time trying to figure out how the descendants of Jews could go through a halachic conversion. At my suggestion, in March of 2014, Elisheva contacted Rabbi Gutnick at the Beit Din in Sydney, Australia to arrange the conversion. He replied a few hours later that he (miraculously) intended to be in Jakarta within that week to do some kosher supervision. A first meeting was arranged. Since then he has continued to meet with them and is guiding a small group towards a halachic conversion with Rabbi Tuvia Singer as their teacher. The community is spread out and has limited income. They are currently trying to raise funds so they can pay for teachers to come and help them.


From when the first Jews arrived as part of the Dutch East India Company (established in 1602) and their official presence as of 1872, there has been a steady presence of Jews in this remote region of the world. Besides the Dutch, Jews also came from Iraq and Aden. There was a synagogue in Surabaya, which was torn down in 2013. There are accounts from travelers, including those of Rav Yaakov Halevy Sapir in the 1800’s and Israel Cohen’s Java Zionist newspaper in the early 1900’s, as well as stories of Jewish refugees who arrived in the 1930’s and 1940’s, that support the idea that, intermarried or not, there were many Jews who settled in Indonesia.

Although many hid or denied their heritage, they did in fact settle in this region. The history of the Jews shows that they traveled and migrated along the infamous Silk Road. Their history is rich in many places that one does not think of when considering the presence of Jewish communities in the world. In 1928, the central fundraising organization for Zionist settlement in Israel operated in Jakarta, Bandung, Malang, Medan, Padang, Semarang and Yogyakarta. Most of those who were officially Jews left after WWII. Yet others stayed on.

Although descendants of the Dutch East India Company and those who arrived due to the Inquisition have the oldest known Jewish history in this area, there were Jews there beforehand.

There is a rich Jewish history in this part of the world. Now the hidden customs are being revealed, as many seek to reconnect with their roots. For some, the links are less than one hundred years old. For others, thousands. However their common link is their burning need to reestablish their ties with their Creator and their people.

While Judaism is not one of the six official religions in Indonesia, recently a way has been found to circumvent they system. The Minister of Religious Affairs will inaugurate a Jewish center – Torat Chaim – with a shul, school and kosher stores, under the protection and guarantee of the Christian community. This will hopefully pave the way to have Judaism accepted in the future. 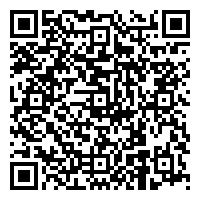