Guilio Haas is the Swiss Ambassador to Iran.

Switzerland has been in a great hurry to get the other nations of the world to join it in treating Iran as if it is an upstanding member of the world community. The Swiss began lifting sanctions on Iran earlier this month.


In accordance with this position, Ambassador Haas revealed Switzerland’s true progressive nature at a meeting attended by hundreds of Swiss and Iranian businesspeople at a Zurich hotel on Thursday, Aug. 27.

Haas was encouraging the businesspeople to invest in Iran, referring to the world’s greatest sponsor of terrorism as a “pole of stability in the Middle East,” and that in his two years in Iran, while he has seen gray-haired men in turbans, “there aren’t a lot of them” and that Western perceptions of Iran as a belligerent nation was about to change as soon as sanctions are lifted. This is what the World Tribune reported about the event.

What the World Tribune did not report was that as part of his effort to encourage the businesspeople to invest in Iran, the Swiss Ambassador projected a cartoon on a huge screen. The cartoon was titled “Iran: now or never.”

So, you may ask, if the World Tribune article did not mention the cartoon, maybe it is not true?

A reasonable thought, but dashed by the Swiss Federal Department of Foreign Affairs acknowledgement of the incident.

Reuters reported that the FDFA said the “questionable cartoon” was used, BY THE AMBASSADOR OF SWITZERLAND HIMSELF, without its knowledge and “regrets the use of the cartoon and considers it tasteless.”

“Questionable”? As in some might find it acceptable? “Tasteless”? As in simply in poor taste, but the meaning behind it is acceptable?

According to the Reuters report, the cartoon was intended to portray Israel as the sole holdout against the Nuclear Iran Deal, and the doves, Iran and the U.S. are the lovers of peace.

The FDFA said that “Ambassador Haas did not intend to insult anybody with the cartoon,” Reuters reported. “If that is the case,’ – meaning, if there is someone out there who could possibly be insulted by this – “however, he regrets it and seeks the pardon of everyone who could have felt insulted.”

The businessmen present were not all persuaded by Haas’s blinding diplomacy. Some grumbled that the “level of corruption” IN IRAN was still “unbelievable.” Imagine that.

UPDATE: According to the website of the Swiss Embassy in Iran, Switzerland represents the U.S. in Iran because the U.S. does not currently, officially, have diplomatic relations with Iran. As Ambassador Haas explains in his welcome message:

In the absence of diplomatic or consular relations of the United States of America with the Islamic Republic of Iran, the Swiss government, acting through its Embassy in Tehran, serves as the Protecting Power of the USA in Iran since 21 May 1980. The Swiss Embassy’s Foreign Interests Section provides consular services to U.S. citizens living in or travelling to Iran.

Think anyone at the White House or State Dept. press briefings will ask the spokespeople about this? 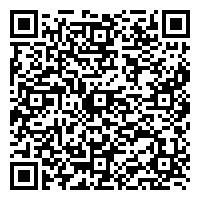